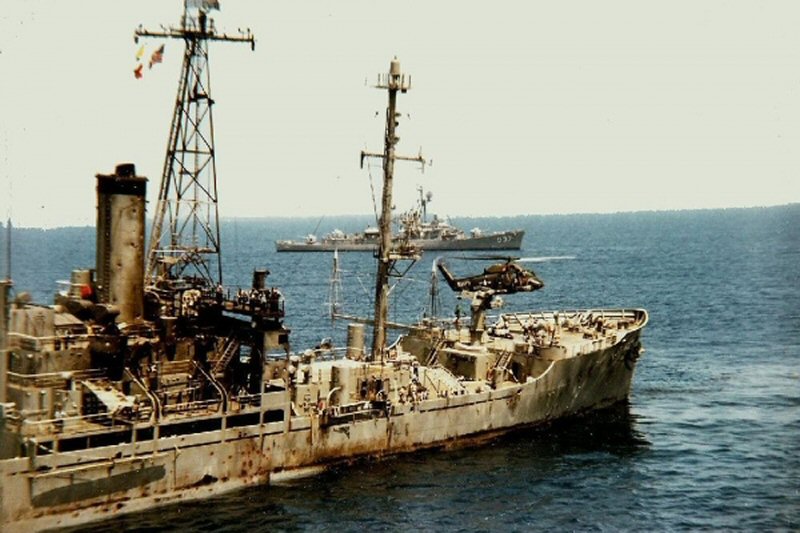 ON JUNE 8, 1967, while patrolling in international waters in the Eastern Mediterranean Sea, USS Liberty (AGTR-5) was savagely attacked without warning or justification by air and naval forces of the state of Israel.  Of a crew of 294 officers and men (including three civilians), the ship suffered thirty four (34) killed in action and one hundred seventy three (173) wounded in action.  The ship itself, a Forty Million ($40,000,000) Dollar state of the art signals intelligence (SIGINT) platform, was so badly damaged that it never sailed on an operational mission again and was sold in 1970 for $101,666.66 as scrap.

At 1400 hours, while approximately about 17 nautical miles off the northern Sinai coast and about 25 nautical miles northwest of El Arish, USS Liberty’s crew observed three surface radar contacts closing with their position at high speed. A few moments later, the bridge radar crew observed high speed aircraft passing over the surface returns on the same heading.  Within a few short moments, and without any warning, Israeli fighter aircraft launched a rocket attack on USS Liberty. The aircraft made repeated firing passes, attacking USS Liberty with rockets and their internal cannons. After the first flight of fighter aircraft had exhausted their ordnance, subsequent flights of Israeli fighter aircraft continued to prosecute the attack with rockets, cannon fire, and napalm.

During the air attack, USS Liberty’s crew had difficulty contacting Sixth Fleet to request assistance due to intense communications jamming The initial targets on the ship were the command bridge, communications antennas, and the four .50 caliber machine guns, placed on the ship to repel boarders. After the Israeli fighter aircraft completed their attacks, three Israeli torpedo boats arrived and began a surface attack about 35 minutes after the start of the air attack. The torpedo boats launched a total of five torpedoes, one of which struck the side of USS Liberty, opposite the ship’s research spaces.  Twenty-five Americans, in addition to the nine who had been killed in the earlier air attacks, were killed as a result of this explosion.

Today marks the 50th anniversary of the incident.

Watch the recent Al Jazeera documentary about the attack in full, below. (Photo: Council for the National Interest.)