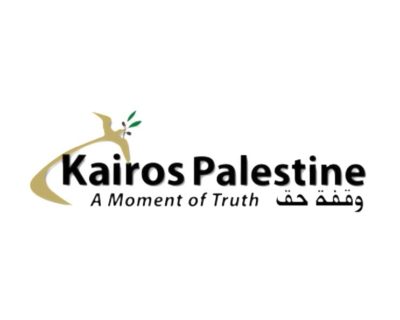 Kairos Palestine addressed an open letter to Bishop of Rockford and Illinois, David Malloy, who also serves as Chair of the United States Conference of Catholic Bishops Committee on International Justice and Peace, criticizing him on showing satisfaction with the agreement and providing him with their observations on the issue.

“People who think that any mutual recognition between an Arab country and the state of Israel is a step forward towards peace are mistaken. It would be a step towards peace if this accord were accompanied by the resolution of the core of the conflict: the Israeli military occupation of the Palestinian land,” they said.

“Establishing peace relations between Israel and Arab states starts by ending the Israeli occupation and granting the Palestinians their rights, including the right to self-determination. Any other path is a false way to peace. Isolating, then cornering the “poor” to kneel before the powerful is surrender, not peace,” they stressed.

“Moreover, if the Arab regimes will recognize Israel, their peoples will refuse to normalize with the Israelis, as long as the Palestinians remain under oppression. True peace doesn’t start with forging peace agreements with Arab countries but rather with the Palestinians. True peace should start in the hearts of the Palestinians, and this is in the hands of Israel to recognize a Palestinian state on the 22% left from historic Palestinian land. It is a question of the equality between peoples, all of whom have been created equal by God.”

“You condone the agreement because it delayed the annexation of more than 30% of what is left of Palestinian land. But this delay is in words only. In fact, on the ground de facto annexation is an ongoing process, day after day, through daily cruel and destructive actions of the army and the settlers against Palestinian farmers, including the constant stealing of Palestinian land and building of settlements. Netanyahu himself declared that the annexation was not cancelled but postponed.”

“Some people call this accord the Abraham agreement. Here we say, enough exploiting of God and God’s prophets to side with the powerful. If we call on God and the prophets in this matter, we must then observe God’s commandments and the equality God has given to all peoples—including Israelis and Palestinians. Justice to all.”

“Now on the ground, as the “powerful” take what is theirs and what is others, they are even supported by many churches. The weak are deprived of their rights while the powerful and the churches respond with words, but no action.”

“You speak about direct negotiations. They took place for 30 years and Israel kept saying “no” to the minimum requirements of the Palestinians. Going back to negotiations with the same disposition of the powerful is insane. But if the powerful show more equity towards the other party (regarding Jerusalem and acknowledging the equality of all), negotiations will make sense.”

“Finally, Palestinians rejected Trump’s deal of the century because it did not answer to the minimal requirements of the Palestinians described in UN resolutions and international laws. Trump’s plan has declared Jerusalem only as Israel’s capital. His plan has taken away what belongs to the Palestinians and given it to Israel. It is a perpetuation of the long injustice imposed by the Israelis upon the Palestinian people.”

“Real peace is to support the “poor” and to say “no” to the injustice inflicted by the “powerful” on the weak. In this way, churches should lobby their governments to put an end to this prolonged tragedy of the peoples of the Holy Land.”

Kairos Palestine is primarily know for issuing the Kairos Palestine document, full title of which is “A Moment of Truth: A word of faith and love from the heart of Palestinian suffering”, urging churches around the world “to say a word of truth and to take a position of truth” and explicitly endorsing BDS “as tools of justice, peace and security.”