Kairos Palestine: “Deal Of The Century, An Insult To History And Humanity” 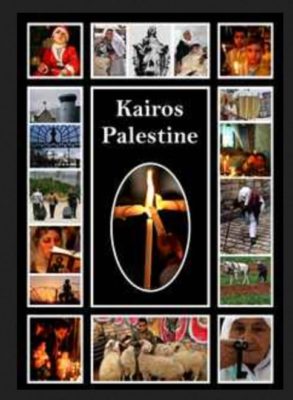 Kairos Palestine: The position announced by the U.S. administration regarding what they termed as the ‘deal of the century’ was, in fact, an insult to history, humanity, the Palestinian people, and the American dignity itself.

The American-Israeli proposal is premised on consolidating Israeli control over all of Palestine’s land, making sure that the Palestinian people are subjected to this control, in return for economic promises that are closer to a deal for buying the people and their spirit with money.

This proposal seeks to legitimize the Israeli occupation and revoke the history of the Palestinian people and their legitimate inalienable rights, particularly the right of return for the Palestinian refugees and the right to self-determination in an attempt to eliminate the Palestinian question completely and definitively.

Through this declaration, the U.S. has proclaimed itself clearly as a party to the conflict rather than a peace broker, as it considered this deal, that has no reference to the international law or the UN resolutions, as the final offer to the Palestinians holding them fully responsible, should they reject it, for all the ensuing repercussions.

Israel and the U.S. are yet to listen to the voice of God commanding them, here in the Holy Land and in the world as a whole: do not steal, do not kill, in order to stop killing the Palestinian people and stealing away their lands.

Israel and the U.S. are yet to listen to God’s voice, to the voice of conscience, and realize the truth that cannot be subdued: the Palestinian people are alive, consistently demanding their rights over the past hundred years till this date. The Palestinian people will continue to demand their rights until they obtain them. The only path to peace is that of full equality between the two peoples. Israel peace is preconditioned by Palestinian peace, in fact, Israeli mere survival is based on the just peace for Palestinians. Otherwise, Israel, despite all its power, will live in fear and anticipation of an unknown future. As we already stated in the Kairos document ‘Moment of Truth’, “our and their future are but one. Either a cycle of violence whereby we all perish, or peace whereby we all thrive.”

In his declaration on Tuesday 28/1/2020, President Trump did not offer anything towards this equality but rather consolidated further Israeli hegemony and Palestinians subjugation to it. This means that the conflict will continue, bloodshed will continue, hatred and inhumane treatment will persist.

The money offered to Palestinians is but a slap of insult to every Palestinian and to humanity as a whole, because it is reminiscent of the age of slavery when human beings were being traded, bought and sold for money. Jerusalem is not a good for sale, Palestinians are not for sale.

The time has come for anyone with the cause of peace in his heart and the desire to ensure security and stability in the Middle East to open his eyes to the truth rather than be disillusioned by military of financial power and strength. Peace is made by people who want peace, who acknowledge that the other party is a human being with equal rights and dignity that was granted by God to all.

Today we ask churches and Christians across the globe to stand up in the face of injustice against the Palestinian people and demand their countries to reject categorically the so-called ‘deal of the century’, reiterating that neither peace nor justice can prevail unless justice is fulfilled, occupation is ended, and Palestinians are granted their full rights.

We are a Christian Palestinian movement, born out of the Kairos Document, which advocates for ending the Israeli occupation and achieving a just solution to the conflict.

The Kairos Document is the word of Christian Palestinians to the world about what is happening in Palestine.

“Our word is a cry of hope, with love, prayer and faith in God. We address it first of all to ourselves and then to all the churches and Christians in the world, asking them to stand against injustice and apartheid, urging them to work for a just peace.”

We proclaim our word based on our Christian faith and our sense of Palestinian belonging – a word of faith, hope, and love.

We declare that the military occupation of Palestinian land constitutes a sin against God and humanity. Any theology that legitimizes the occupation and justifies crimes perpetrated against the Palestinian people lies far from Christian teachings.