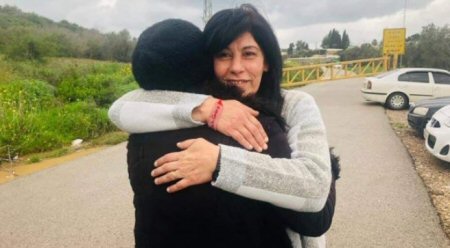 Jarrar was released this morning at the Jalameh checkpoint, north of Jenin, where she headed straight  to visit her father’s grave in Nablus, as he died during her detention period, PNN reports.

In April of 2015, Jarrar was initially arrested, held in administrative detention for six months and then charged with security-related offenses. In December of 2015, she was sentenced to 15 months in prison after a plea bargain was struck between the military prosecutor and her lawyers. She was released in June of 2016, but was then put in administrative detention for a second time, the following month.