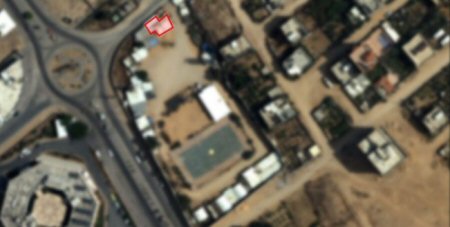 An Israeli army spokesperson, on Thursday, published aerial photographs of some of the sites targeted by the Israeli air force on Wednesday, including alleged “Hamas weapon manufacturing sites” and “kite storage units”.

According to the spokesperson, Israeli warplanes destroyed sites affiliated with the Hamas movement, in order to weaken the its investment needed to develop weapons.

One of the targets was a “kites storage unit for Hamas,” which the army said “is used to carry out terrorist operations.”

The army spokesperson also said that they targeted a Hamas naval forces site,  destroying a large  portion of its accessories and manufacturing machines.

“In addition, most of the Islamic Jihad’s naval force sites were destroyed. These sites are used for training on advanced weapons to carry out terrorist acts  against Israel.”

Israel claims that Gazans are using kite planes to burn farms and fields in the Gaza enclave since the start of the Great March of Return on 30 March, 2018. Since then, over 115 peaceful protesters in Gaza have been killed by Israeli fire.