Wounded Palestinian Woman Shot in Jerusalem to be Released 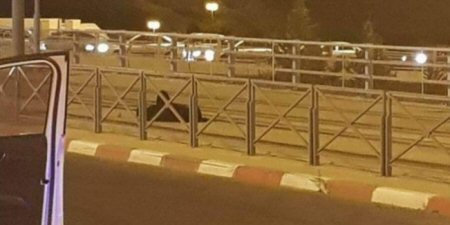 A Palestinian woman who was shot in the leg and held in detention at a hospital, after being suspected of planning an attack, was released from detention on Thursday, ahead of a scheduled court hearing, said attorney Mufeed al-Haj of the Palestinian Prisoner’s Society.

Khawla Sbeih, from Jerusalem, was shot and injured by police on Sunday evening. She was taken to a hospital in Israel, where she was held in custody. Police later said that she was not carrying any weapon.

Nevertheless, an Israeli court remanded her in absentia, to remain in custody until Sunday, according to WAFA.

Al-Haj said that Israeli authorities informed him of their decision to release her days before her remand period was to end.

He said this proves the fallacy of the Israeli claim that she planned an attack, which was the reason for shooting her.

Sbeih is still in the hospital where she underwent surgery in her right leg, and her condition is reported to be stable, said al-Haj.