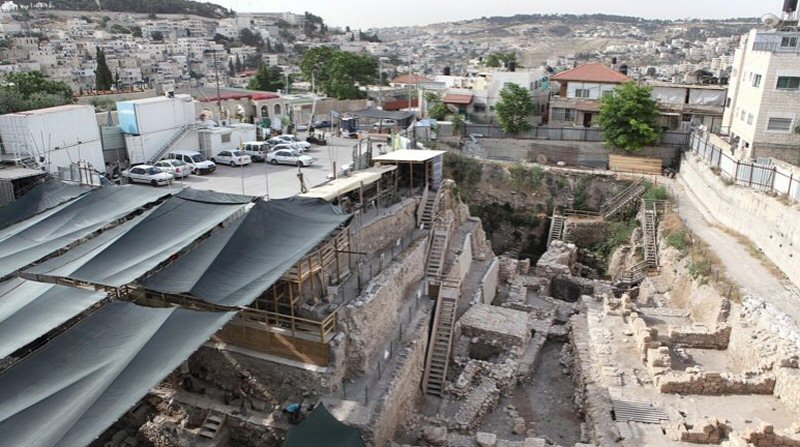 The Ministry of Culture earmarks $17 million to expand archeological excavations in East Jerusalem.

Regev announced the project to commemorate the 1967 Israeli occupation of the holy city. Israel’s 1967 occupation and subsequent annexation of Jerusalem stands in violation of the Fourth Geneva Convention and UN Security Council resolutions 194, 181, 252, 476 and 478.

The goal of the excavations, according to a culture ministry statement quoted in Israeli media, is to “expose Jerusalem’s antiquities and…express the history of the Jewish people 3,000 years ago.” The grant also aims to “empower” Jerusalem as an “international center of religion, heritage, culture and tourism.”

The bulk of the funds will fuel excavations at the settlement archeology site known as the City of David, which is located in the Palestinian neighborhood of Silwan, south of Al-Aqsa Mosque. The center sits on a confiscated Palestinian home and orchard. Elad’s excavations in and around the site have severely damaged nearby Palestinian residences. Israeli police and private security guards permanently monitor the site, leading to increased harassment and arrests of Palestinians. Speaking to the Times of Israel, vice president of the City of David Foundation said: “[Regev’s] decision will enable the City of David National Park to double the number of those seeking to connect with the history of Jerusalem with their own eyes, to over one million annually.”

The entrance to the City of David settlement and archeological site. Photo credit: Emek Shaveh.

Although the City of David is part of the Israel Nature and Parks Authority, it is administered by settler organization Elad, which seizes Palestinian property in Silwan to establish new settlements. The group effectively functions as an arm of the Israeli government, and the government permits Elad to conceal the names of its major donors. Israeli settlement watch group Peace Now reports that in the last two years, Elad has stolen ten Palestinian properties in Silwan, including three apartments in April 2018.

Regev’s pledge to expand the City of David’s activities supports government plans to destroy evidence of Palestinian history in the Old City, Silwan, Sheikh Jarrah, the Mount of Olives, Ras al-Amud, Musrara and Mamilla and build tourist sites that peddle messianic justifications for Israeli colonization. This year, the government escalated its confiscation of Bab al-Rahmah Cemetery, a centuries-old Muslim cemetery outside of the Old City, in the name of incorporating it into the Jerusalem Walls National Park. In 2017, the Jerusalem municipality published a plan to confiscate 1,300 square meters of land next to a mosque in Ras al-Amud to build a visitor center for the Mount of Olives Jewish Cemetery. Perhaps the most well known example of Israeli destruction for the purposes of tourism is the building of Independence Park and the Museum of Tolerance in Mamilla. Both are located on what was once the Mamilla Cemetery, which, historian Rashid Khalidi has written “is reputed to have become the burial place of several of the Prophet Muhammad’s Companions who died during or after the nascent Muslim state’s military campaigns in the region.”

Construction at Mamilla Cemetery in Jerusalem, May 2014. Photo credit: Utilisateur:Djampa for Wikipedia Commons.

Israeli efforts to erase Palestinian landownership and history however are not limited to the aforementioned neighborhoods in Jerusalem. For years, the Israeli government has been confiscating lands in the Cremisan Valley to create the Emek Refaim Park, an Israeli National Park on the outskirts of Jerusalem that celebrates “historic agrarian landscapes” and “traditional culture.” Walaja, a village adjacent to the Cremisan Valley has been hit particularly hard by these confiscations and accompanying restrictions to Palestinian movement. Most recently, Israeli authorities built a new checkpoint to bar residents from accessing Wallaja’s historic spring so that Israelis can enjoy it as part of Emek Refaim Park.

Corey Sherman is a teacher in Washington D.C. and a contributing editor to aicnews.org.