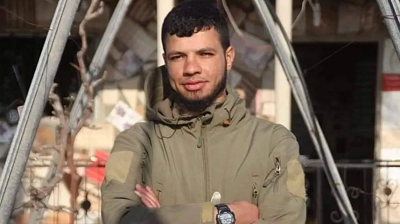 On Sunday morning, in the northern part of the Gaza Strip, a Palestinian identified as Marwan Nassar, 26, was shot and killed by Israeli soldiers near the border between Gaza and Israel.

Nassar was not associated with any Palestinian resistance groups, but the Israeli paper Ha’aretz has reported that relatives of Nassar told them that he was a part of the armed wing of Hamas.

The relatives also told the Israeli paper that he was not acting as a representative of Hamas when approaching the border on Sunday, but was acting independently.

Hamas did not take responsibility for the incident.

According to Ha’aretz, the unnamed relative of Nassar told them that he had participated in the weekly protests at the Gaza border, and had been going through a rough period with his family when he decided to carry out an attack against the Israeli military.

No soldiers were reported injured in what Israeli sources claim was an attack against a military border post.

It came one day after four Palestinians were killed on the eastern border of Gaza in what Israeli forces claim was a coordinated attack against the Israeli military.

A week before that, a Palestinian man managed to infiltrate the border and injure three Israeli soldiers before he was killed.

The Gaza Strip is one of the most crowded places on earth, and the 2 million Palestinians living in the Strip are imprisoned on all sides by the Israeli and Egyptian militaries.