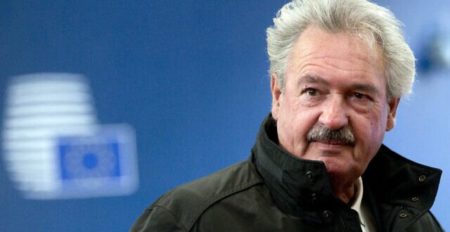 Luxembourg Foreign Minister, Jean Asselborn has urged his European Union counterparts to recognize a Palestinian state in the West Bank and Gaza Strip, as a response to US  support for the illegal Israeli settlements in the occupied Palestinian territories.

“The recognition of Palestine as a State would be neither a favor nor a carte blanche, but rather a mere recognition of the right of the Palestinian people to their own state,” Asselborn said, in a letter to the EU foreign ministers, adding: “Indeed, if we want to contribute to solving the conflict between Israel and Palestine, we must never lose sight of Israel’s security conditions, as well as of justice and dignity for the Palestinian people.”

Despite US administration saying that settlements are not inconsistent with international law, the EU said, nevertheless,  that it continues to believe that the Israeli settlements in the occupied Palestinian territory are illegal under international law. It also supports the two-state solution, with Jerusalem as a shared capital.