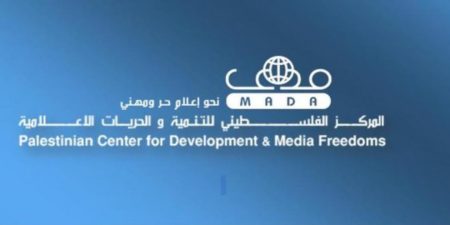 MADA Center participated in a regional meeting organized by Facebook, in the Jordanian capital of Amman, for two days, this week, to discuss the company’s policies regarding content, hate speech and other topics related to this area.

The Center was represented by its Director General, Moussa Rimawi, who also spoke as the head of the MENA Network to Combat Hate Speech. Rimawi emphasized in his interventions the importance of reviewing Facebook Company’s policies related to Palestinian content, which are in line with Israeli concepts related to incitement and hate speech. He also confirmed that Facebook closed and blocked 181 accounts and pages that belong to Palestinian journalists and media outlets, over the past year.

Rimawi, according to the PNN, also pointed out the need for the company to abandon the double standards regarding the Israeli sites that are full of incitement and hate speech against Palestinians, not only by Israeli people but the Israeli leadership as well, especially the Israeli Prime Minister Benjamin Netanyahu.

The Director General of MADA also expressed the willingness of the MENA (Middle East and North Africa) Network to combat hate speech, in cooperation with Facebook regarding hate speech in the MENA region, which has been witnessing civil wars and uprisings since 2011. Hate speech has been practiced in a blatant manner, here, and has fueled internal conflicts.

On the other hand, Facebook company’s representatives explained the company’s policies in various fields related to content, hate speech, how to cooperate with “trusted partners,” and respond to the suggestions and inquiries of the participants at the meeting.