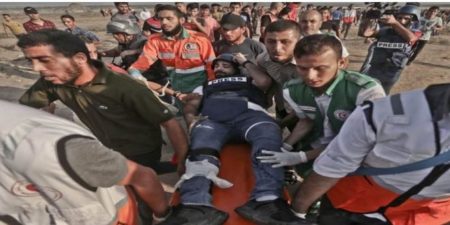 September 2019 has witnessed a noticeable increase in the number of violations against media freedoms in Palestine. MADA has documented a total of 53 attacks compared to 36 during August. It should be noted that two thirds of the violations documented this month are mostly the closures and blocks by Facebook.

During this month, Facebook has closed a total of 34 news pages and an account for journalists from the West Bank and Gaza Strip followed by hundreds of thousands of users claiming that they “violate the rules of the Facebook community”. Some of these pages have been completely closed, while other pages were blocked for a limited period of one month.

According to MADA researches, among these key words why pages are being closed recently are: Head of Hamas Political Bureau Ismail Haniyeh, Hamas President in Gaza Yahya Sinwar, Hassan Nasrallah, Secretary General of Hezbollah, Islamic Jihad, Popular Front for the Liberation of Palestine, Al-Qassam Brigades, Al-Quds Brigades, Resistance, Martyr, in addition to news of martyrs and wounded persons and the media material of Palestinian demonstrations.

The Palestinian Center for Development and Media Freedoms (MADA) is an independent, non-governmental, and non-profit organization founded in 2006, registered under the number (IRA-250-I), with its headquarters in Ramallah.

The center operates throughout the Palestinian territories, working daily to develop the Palestinian Media and to promote and defend media freedoms and freedom of expression.

Opinion/Analysis 10/12/19 How Hamas Made Palestinian Factions In Gaza Its Fans?