How Hamas Made Palestinian Factions In Gaza Its Fans? 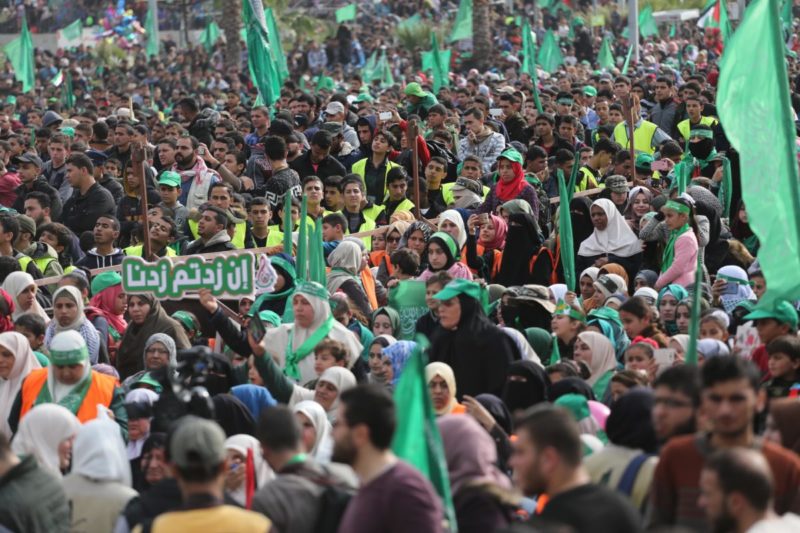 In the late of 1970s, Islamists began to emerge as an effective group in the battle against the Israeli occupation. Their rise led to the formation of the Palestinian Islamic Resistance Movement Hamas in the 1980s which became an effective Palestinian national movement along with secular organisations Fatah and the Popular Front for the Liberation of Palestine (PFLP).

Hamas’ Islamic ideology began to gain support from academics, traders, unionists, society leaders and even Palestinian fighters. When it participated in the elections of the Palestinian Doctors’ Syndicate in the early 1980s, it achieved a resounding victory. Then, it swept other unions, including university students’ unions.

Leaders and members of other Palestinian factions, who looked at the Islamists as reactionaries and primitive people were shocked at the consecutive successes.

At the start of the First Intifada in 1987, the Islamists, who officially named themselves Hamas, took the lead in popular resistance and then armed resistance. This led to severe clashes with Fatah which reached their peak in 1992. After Oslo, the Palestinian Authority (PA) – led by Fatah – cracked down on Hamas and its network of social and medical welfare NGOs. All other PLO factions remained silent.

By the start of Al-Aqsa Intifada, Hamas swept the public opinion among the Palestinians due to its success in carrying out armed resistance against the Israeli occupation. In 2006, three years after the assassination of its quadriplegic founder, Sheikh Ahmed Yassin, Hamas took part in the Palestinian parliamentary elections and achieved an overwhelming victory, but its rival Fatah along with all members of the PLO and even Islamic Jihad, which did not participate in the elections, refused to recognise Hamas’ victory.

The Palestinian factions left Hamas to form a government alone, hoping that it would fail and then retreat. Fatah, backed by Israel and Arab states, worked hard to destroy Hamas’ government, but failed due to the overwhelming popularity of the movement among Palestinians.

Backed by Israel, Fatah succeeded to ousting Hamas’ government from the occupied West Bank, but failed to do the same in the Gaza Strip. Since then, Fatah has been ruling the West Bank and Hamas has governed the Gaza Strip. Israel and Egypt, backed by the international community, has been imposing a strict air, sea and ground siege on Gaza to push people to rebel against Hamas.

Their acts have had some success, but they have also aroused the anger of most Palestinians forcing them and other factions to back Hamas.

The other factions thought the Hamas would fail after being isolated, but the time and reality on the ground proved the opposite.

Today, Hamas is leading all the major Palestinian national factions in the Palestinian territories. Hamas is currently sitting in the back bench and introducing leaders from the other factions to lead the popular activities and factional initiatives exactly the way it is planning for them to be done.

Take for example the Great March of Return and Breaking the Siege. This was triggered by a popular proposal and continued by Hamas’ financial and popular support, but the spokesman of this popular activity is Khalid Al-Batch, a senior Islamic Jihad leader.

Another example is the factional initiative, which includes all Hamas’ demands and conditions for ending the division with Fatah. Its spokesperson is Jamil Mizhir, the senior leader of the PFLP.

Explaining why Palestinian factions support Hamas to lead the national project, Al-Sawwaf said: “[Palestinian Authority President] Abbas, who monopolises the decision of all the PLO bodies, has been indiscriminately turning his back on the Palestinian factions while he is opening his arms to Israel through the security cooperation and mutual overt and covert meetings.”

While the PFLP’s Mizhir said: “Hamas proved that it has not changed its national goals – the liberation of Palestine from the Israeli occupation through both the popular and armed resistance, which is guaranteed by all the international laws.”

Hamas found that Palestinian factions had been ignored by Fatah, the PA and PLO, which are being controlled by autocrat Mahmoud Abbas, and gave them a better alternative. While Fatah, the PA and the PLO completely gave up armed resistance and agreed on security cooperation with Israel. This decision was against the will of Palestinians who maintained their right to armed resistance.

At the same time, it formed the Joint Military Room that included the armed wings of all Palestinian factions who believe in the right to armed resistance; broadening its support base.

Hamas once again gained popular support when it unconditionally accepted the latest reconciliation initiative which was proposed to end the hostility with Fatah. Fatah provided no official response to the deal but a number of its senior member were clear that the party would “not accept it”.

Opinion/Analysis 10/04/19 Amazon, Israel, and the Occupation of Palestine