Mexico to Abstain from Voting for Palestine 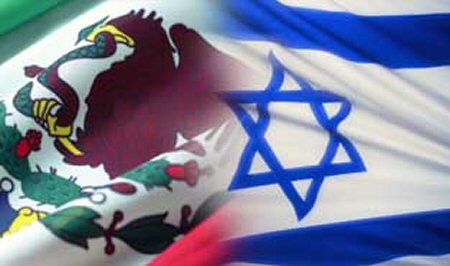 Mexican Foreign Minister Luis Figari Casso has contacted Israel’s ambassador to Mexico, Yoni Peled, and told him that Mexico has decided to change its voting strategy in all the upcoming voting procedures related to the Palestinian-Israeli conflict, and will turn from voting in favor of Palestine to abstaining from doing so, or by voting to Israel, the Israeli news paper, Yedioth Ahronoth reported.

There are 10 out of 20 pro-Palestinian and anti-Israeli resolutions which are proposed annually at the UN, on the eve of November 29, according to the PNN.

In the past, Mexico belonged to the Non-Aligned Movement (NAM) and therefore voted as the movement, against Israel. Since April, Israel has observed a consistent change in Mexico’s voting patterns. In April, Mexico abstained from voting against Israel for a UNESCO decision regarding Israel’s status in al-Haram al-Sharif, in Jerusalem. Also, in the WHO vote on health in the Palestine, Mexico changed from voting against Israel to abstaining, and, last week, Mexico voted for Israel during a debate at UNESCO.

Netanyahu’s successful visit to Mexico, last September, and the Israeli Aid delegation sent there, during its earthquake, has reportedly helped to warm relations between the two countries.