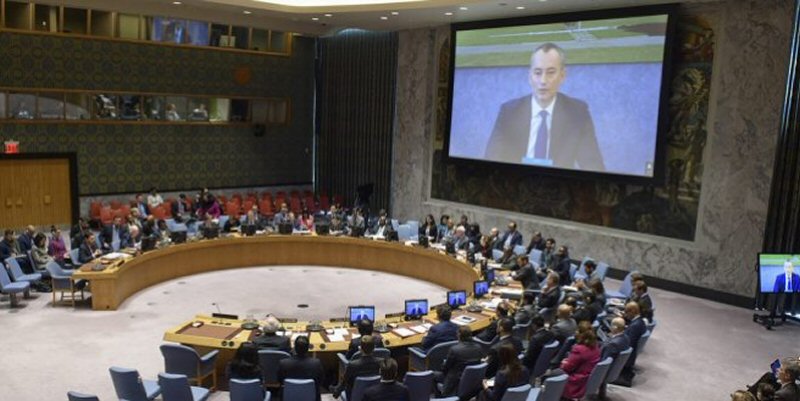 The UN Special Coordinator for the Middle East Peace Process, Nikolay Mladenov, stated that Gaza is currently facing a real catastrophe, pointing out that the possibility of establishing an independent Palestinian state have dwindled.

Al Ray reports that the coordinator renewed his rejection to Israel’s expansion of illegal settlements in the occupied Palestinian territories.

This comes during an International Security Council’s session on Tuesday, in the Council’s headquarters in New York, USA,  on the situation in the Middle East, including the Question of Palestine.

The United Nations warned that the crisis of fuel plaguing the health system in the Gaza Strip has increasingly jeopardized medical services in all 14 Gaza hospitals.

“As 2019 begins, we should have no illusions about the dangerous dynamics of the Israeli-Palestinian conflict, which continue to unfold before our eyes,” Mladenov said.

He pointed out that the situation in the Gaza Strip is still disastrous, and is witnessing a huge economic contraction, especially under the Israeli occupation and decreased support by donors.

He said that the demolition and seizure of Palestinian-owned structures continued across the West Bank, including East Jerusalem, with 25 structures seized or demolished for lack of Israeli-issued building permits, noting that the documents are nearly impossible for Palestinians to obtain. As a result, 32 people have been displaced, he added.

The possibility of establishing a “viable, contiguous Palestinian state” has been “systematically eroded by facts on the ground,” Mladenov said before the Council.

In addition to the problems created by settlement expansion, he said that the foundations of a future Palestinian state are also being threatened by internal divisions, exacerbated by decades of occupation, Hopes for genuine intra-Palestinian, he added, according to the PNN, are “fading by the day,” as the gap between Gaza and the West Bank widens. The early January arrest, by Hamas, of dozens of Fatah members in Gaza, was described by Mladenov as “particularly alarming,” and a “very serious blow to the reconciliation process.”

It is ordinary Palestinians, said the Special Envoy, who are bearing the brunt of the suffering, and the humanitarian situation in Gaza remains “desperate” : economic growth is insufficient to keep the Palestinian economy afloat, and the UN is working with the Palestinian Authority to address some of Gaza’s most pressing needs, such as maintaining an electricity supply, delivering essential medicines and implementing cash-for-work programmes.

The Special Envoy’s briefing was delivered on the same day that senior UN officials and NGO partners called for a halt to plans to forcibly evict several Palestinian refugee families from the Sheikh Jarrah neighbourhood of East Jerusalem, part of the occupied Palestinian territory. In a statement, the officials said that forcible transfer is a “grave breach of the Fourth Geneva Convention,” and called on the Israeli authorities to “cease settlement construction, and abide by their obligations as an occupying power under international humanitarian law and international human rights law.”

Mladenov wrapped up his briefing with a warning that the Palestinian Question risks descending into endless conflict and the steady rise of radicalization on all sides, and that, within the current political landscape, those seeking to bridge the gap between Israelis and Palestinians are being undermined.