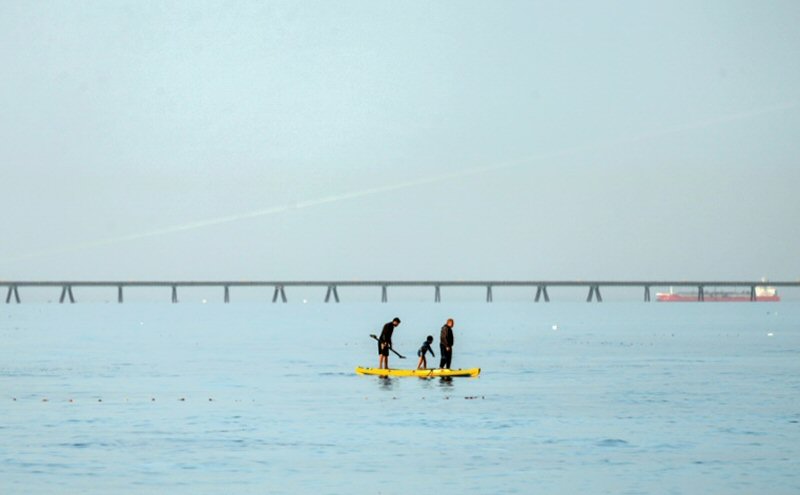 Israeli chase of Palestinian fishermen in the Gaza Sea on 20 February 2019 resulted in the arrest and injury of 5 fishermen and confiscation and damage of 3 fishing boats in 2 separate incidents occurred in Khan Younis and Rafah Sea.

This came as part of the Israeli ongoing attacks against Palestinian fishermen and preventing them from freely fishing and accessing the fish-breeding areas.

The Israeli gunboats then opened fire and surrounded 2 fishing boats; one of them belong to Tariq ‘Abdel Razaq Baker from Gaza City and was manned by his sons, Haitham (27) and ‘Awad (22).

The Israeli naval soldiers then arrested both fishermen and confiscated their boat while the Israeli authorities declared thee injury of the 2 fishermen, who were taken to Barzilai Hospital for medical treatment.

Meanwhile, the second fishing boat belong to Khader Merwan al-Sa’idi (30) and was manned by Mohammed Sa’id al-Sa’idi (27), from al-Shati’ refugee camp in Gaza City.  They were both arrested while their boat was confiscated.

In a separate incident, at approximately 20:30 on the same day, the Israeli gunboats chased a Palestinian fishing boat belonging to ‘Abdel Rahman ‘Adel al-Bardawil (26) sailing off Rafah shore in the southern Gaza Strip within 3 nautical miles.

The Israeli naval soldiers opened fire at the boat and caused damage to the structure and engine of the boat.  During the chase, ‘Abdullah Hatem Abu Silmiyah (17) was hit by the Israeli gunboat while he was attempting to jump from the boat in order to escape.

The fisherman wounded was then taken to receive treatment at the hospital where his injury was described as minor.

The Palestinian Center for Human Rights (PCHR) emphasizes that the Israeli naval forces’ attacks on the Palestinian fishermen in the Gaza Strip are part of the collective punishment policy against the Palestinian civilians and violate the right to work according to Article (6) of the International Covenant on Economic, Social and Cultural Rights.  Thus, PCHR: