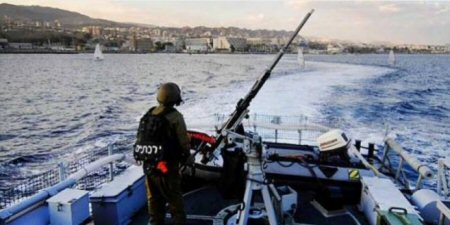 A Palestinian fisherman, along with his son, were shot and injured by Israeli naval forces, off the northwestern coast of the besieged Gaza Strip, on Friday.

Head of the Palestinian Fishermen Union in Gaza, Zakariya Bakr, told Ma’an News Agency that the Israeli navy targeted a number of Palestinian fishing boats and opened heavy fire towards them, injuring one fisherman and his son.

Bakr identified the injured as Muhammad Saad Bakr and his son Mahmoud.

Bakr mentioned that Muhammad and his son were shot and injured with rubber-coated steel bullets; however, their medical condition remained unknown.

In addition, the fishing boat suffered major material damages as a result of the Israeli navy shooting at the outboard engine.

According to the United Nations Office for Humanitarian Affairs (OCHA), Israel’s blockade of the coastal enclave has seriously undermined the ability for Gazan fishermen to make a living at sea.