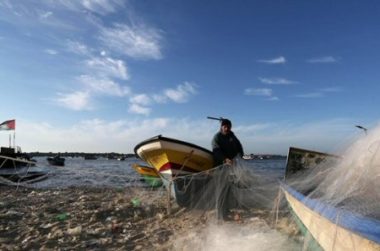 Israeli naval forces, on Sunday, opened fire at Palestinian fishermen off the coast of the besieged Gaza Strip.

No injuries were reported from the incidents.

The Israeli army regularly detains and opens fire on unarmed Palestinian fishermen, shepherds, and farmers along the border areas, if they approach the unilaterally declared buffer zone.