Netanyahu and Family to be Investigated in Corruption Case 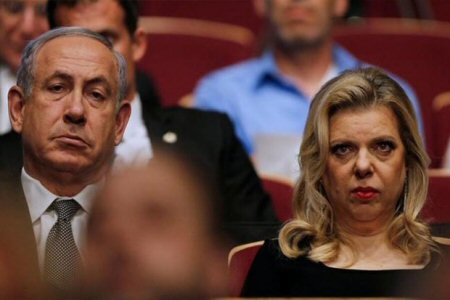 Israeli media predicts that Israeli Prime Minister Benjamin Netanyahu is to be investigated, along with his wife and eldest son Yair, over Corruption Case 4000.

The investigations over Case 4000 revolve around facilitations offered by Netanyahu to the businessman Shaul Elovitch, the owner of the news site Wallah, in return for favorable media coverage.

Last month, according to Days of Palestine, Israeli police recommended that Netanyahu be indicted on charges of bribery and breach of trust in relation to allegations referred to as Case 1000 and Case 2000.

Case 1000 is related to charges of receiving valuable gifts from international billionaires, including expensive cigars, pink champagne and jewelery for his wife.

Meanwhile, Case 2000 is related to secret talks with the publisher of the Israeli newspaper Yedioth Ahronothin, of which Netanyahu requested positive favorable coverage in return for damaging the pro-Netanyahu Israel Hayom.

Sources close to the investigators expected that Sarah would be indicted, Quds Press reported, noting that that she had been previously indicted on charges of using some $100,000 of state funds to pay for outdoor furniture and electrical work for the Netanyahu’s private home in Caesarea.