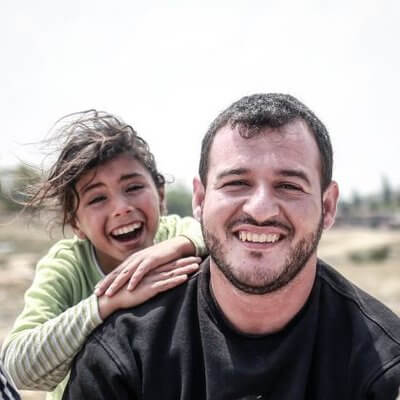 Hosam Salem, a Palestinian journalist in Gaza who put his life in danger many times over the past four years to report from the front lines for American and international audiences, was fired by the New York Times this week after the paper was subjected to a pressure campaign by a Zionist group calling itself “Honest Reporting”.

Salem wrote the following statement on his Facebook page:

After years of covering the #Gaza Strip as a freelance #photojournalist for the New York Times, I was informed via an abrupt phone call from the US outlet that they will no longer work with me in the future.
I began working with the newspaper in 2018, covering critical events in Gaza such as the weekly protests at the border fence with Israel, the investigation into the Israeli killing of field nurse Razan al-Najjar, and more recently, the May 2021 Israeli offensive on the blockaded strip.

As I understood later, the decision was made based on a report prepared by a Dutch editor – who obtained Israeli citizenship two years ago – for a website called Honest Reporting.

The article, which the New York Times had based its decision for dismissing me, gives examples of posts I wrote on my social media accounts, namely Facebook, where I had expressed support for the Palestinian resistance against the Israeli occupation. My aforementioned posts also spoke of the resilience of my people and those who were killed by the Israeli army – my cousin included – which Honest Reporting described as “Palestinian terrorists”.

The editor later wrote an article stating that he had succeeded in sacking three Palestinian #journalists working for the New York Times in the Gaza Strip, on the basis of us being “anti-Semitic”.

Not only has Honest Reporting succeeded in terminating my contract with The New York Times, it has also actively discouraged other international news agencies from collaborating with me and my two colleagues.
What is taking place is a continuous and systematic effort to distort the image of Palestinian journalists as being incapable of trustworthiness and integrity, simply because we cover the human rights violations that the Palestinian people undergo on a daily basis at the hands of the Israeli army.

I thank everyone who has asked about me and appreciate your support.

According to the Mondoweiss news blog, “The case stands in stark contrast to the three Jewish reporters, Ethan Bronner, Isabel Kershner, and David Brooks, who carried on writing about the issue for the New York Times even when their children were enlisted in the Israeli Defense Forces. The Times executive editor in 2010 overruled the public editor’s recommendation that Bronner be removed from the post of Jerusalem bureau chief saying that those who questioned his bias should not “be allowed to deny the rest of our audience the highest quality of reporting.”

The attack on Hossam Salem’s journalistic integrity comes a month after two other Palestinian reporters who worked for the New York Times for social media posts they had allegedly written.

It also comes just after progressive commentator Katie Halper was “censored and fired” by the (formerly independent, but recently purchased by media corporation Nexstar) media outlet The Hill. Halper’s termination resulted from a segment defending US Representative Rashida Tlaib’s description of Israel as an apartheid state. Apartheid refers to the South African system of racial division and discrimination by law, and South African anti-apartheid leaders, including the late Nelson Mandela, have overwhelmingly made that comparison. Some, including Archbishop Desmond Tutu, said that the Israeli system of apartheid is even worse than South Africa’s was. Halper then published her monologue on Breakthrough News.