NGO That Rescued Jews from Nazis during WWII on Blacklist 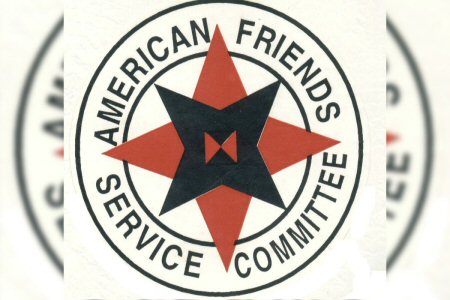 The 101-year-old American Friends Service Committee (AFSC), a Quaker organization that was honored with the 1947 Nobel Peace Prize for assisting and rescuing Jewish victims from the Nazi regime during World War II was among 20 organizations recently blacklisted by Israel.

The South African human rights and Palestine solidarity organization, BDS South Africa, a registered NGO and Public Benefit Organization (PBO), was also added to the blacklist by the department responsible for fighting against the BDS.

“We have shifted from defense to offense…[And] the boycott organizations need to know that the State of Israel will act against them,” Security Minister Gilad Erdan said.

Israeli Interior Minister Arye Dery, whose ministry is responsible for implementing the list, has said that he would act against BDS activists “by every means.”

Kerri Kennedy, an AFSC official, responded to the AFSC’s inclusion on Israel’s BDS Blacklist, saying: “We answered the call for divestment from apartheid South Africa and we have done the same with the call for Boycott, Divestment, and Sanctions from Palestinians who have faced decades of human rights violations.”

JVP Executive Director wrote an article titled ‘I’m a US Jew on Israel’s BDS Blacklist. I Have Family in Israel. But I Won’t Be Silenced.’

Other US organizations on Israel’s BDS blacklist are the women-led anti-war group, CodePink and the US Campaign for Palestinian Rights.

Two prominent UK organizations have been added to Israel’s BDS blacklist, the first is the UK charity and advocacy organization War on Want, who’s director has commented: “This blacklist is a repressive tactic borrowed from the same playbook used by the apartheid regime in South Africa, when it tried to censor critics.

“Such attempts to silence human rights defenders through blacklisting and targeted harassment failed then as they will now.”

The other UK group blacklisted is the UK-based Palestine Solidarity campaign that includes, among its patrons, the UK Labour Party Leader, Jeremy Corbyn.