No Visits to Holy Sites for Christians in Gaza 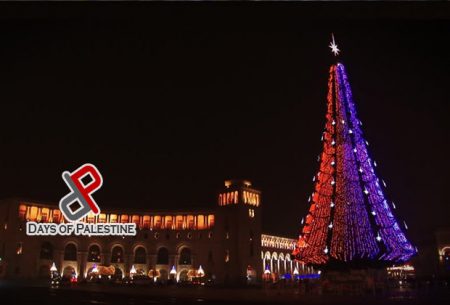 Christians from the Gaza Strip will not be allowed to visit holy sites in Bethlehem and Jerusalem to celebrate Christmas this year, the so-called Israeli Coordinator of Government Activities in the Territories (COGAT) announced Thursday.

Only Christians over the age of 45 will be eligible for a permit to travel abroad, which means that many of Gaza’s Christians will be denied access to the holy sites and their families in the West Bank, Days of Palestine reported.

There are approximately 1,000 Christians living in the Gaza Strip, most of whom are Greek Orthodox, among a majority of Muslims with population of 2 million in the narrow coastal enclave.

This year’s decision is a break with usual policy, as last year, Israel granted permits for close to 700 Christians in Gaza, to travel to Jerusalem, Bethlehem, Nazareth and other holy cities that draw thousands of pilgrims each holiday season.

Israeli rights group Gisha, said, “The decrease in the number of holiday permits issued to Christians in Gaza over the years, and the fact that this Christmas Israel has not allocated any permits for Christians to travel between Gaza and the West Bank, point to the intensifying restrictions to access between the two parts of the Palestinian territory, a deepening of Israel’s “separation policy.”

The rights group said that although COGAT regularly demonstrates pride in allowing Christians from Gaza to visit their family members in the West Bank, Jerusalem or Nazareth as proof of respect for religious freedom, “[Israel’s] conduct surrounding the publication of these quotas, and the unnecessary actions it imposes on who can obtain a permit in practice, fall far short of Israel’s obligations towards the Strip’s civilian population.”