Occupation Captured 09/18: Photos of Palestinian Life and Israeli Occupation in the West Bank City of Hebron 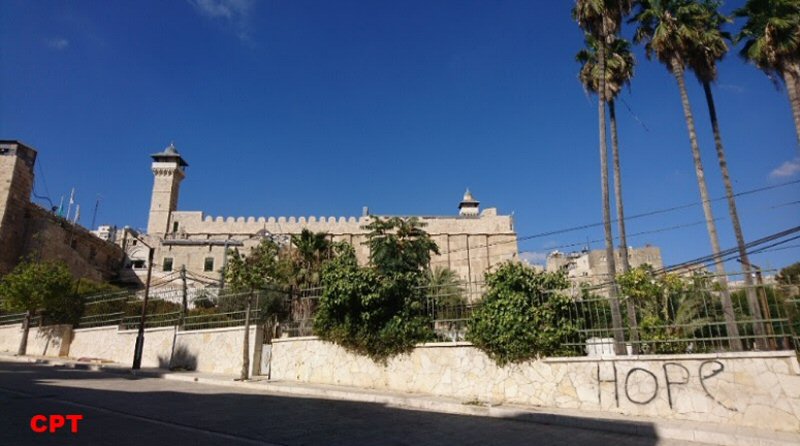 Pictured here: On Friday afternoon, the Israeli occupation soldiers fired 12 sound grenades and 8 tear gas canisters at Palestinian youth in the Bab iZaweyeh area. This was a significant decrease from previous weeks, but how many more until the occupation is over? Even one more is too many.

Pictured here: The shops and homes that were once full of life stand empty on Shuhada Street, guarded by several Israeli military checkpoints within 100 meters of each other. The few remaining Palestinian residents in the area face constant harassment by Israeli settlers from the illegal settlements adjacent to their homes. On the night of July 28, Israeli settlers passing in a car threw an unknown oily liquid at two Palestinians walking on the side of the road. The Palestinians received medical treatment and the settlers were unpunished.

Pictured here: A monument to the tomb of Abraham inside the al-Ibrahimi Mosque is divided by a bulletproof screen. Opposite windows allow both Jewish and Muslim worshippers to view the tomb. The mosque was forcibly occupied by the Israeli military in 1994 and partially converted into a synagogue after an Israeli settler entered the mosque during Ramadan and opened fire on worshippers, killing 29 Palestinians. Today, Jewish settlers come to worship at the synagogue with pistols, rifles, and machine guns.  Palestinians are subject to at least two military checkpoints, ID checks, and body searches. Who is the bulletproof screen for?

Pictured here: The full moon rises over al-Khalil on the night of the longest lunar eclipse of the century. Seen below is a military checkpoint and tower at the entrance to the illegal settlement of Kiryat Arba. Settlers walk along the road towards the al-Imbrahimi mosque for Shabbat prayers on Friday at sundown. This week CPT experienced verbal harassment from a settler who was armed with a machine gun.

Human Interest 08/30/18: Palestinian Film May Be Eligible For Oscar (Trailer)