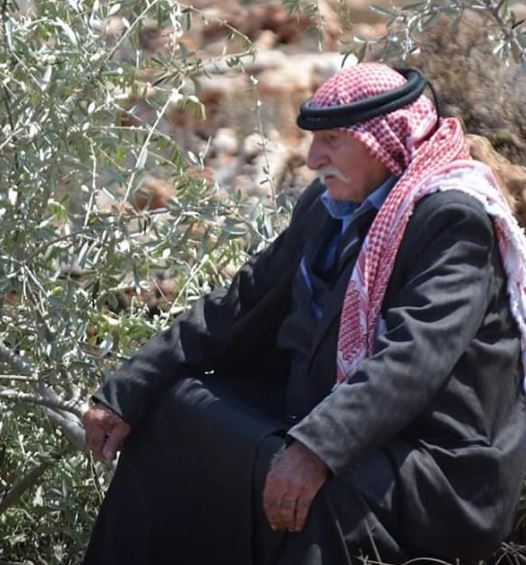 United Nations Office of the Coordination of Humanitarian Affairs (OCHA)

In July, the Israeli authorities demolished or seized 72 Palestinian-owned structures, all on grounds of a lack of building permits, which are nearly impossible for Palestinians to obtain. This is over 30 per cent above the monthly average during the first half of 2020 and nearly 40 per cent above the 2019 monthly average. A total
of 33 people were displaced as a result and over 350 others had their livelihoods or access to services affected. A total of 388 structures have been demolished or seized as of end July 2020, a slight increase compared with the same period in 2019.

Since the outbreak of COVID-19 in March 2020, a total of 27 inhabited homes in Area C and East Jerusalem that were in place prior to that date, were demolished or seized on grounds of lack of Israeli building permits: 159 Palestinians, including 89 children were displaced as a result. Seven of these homes were demolished by their owners, to avoid additional costs and losses. These demolitions occurred despite a moratorium announced by the Israeli authorities in the context of the pandemic; in mid-July the Israeli authorities indicated that the moratorium will be discontinued in East Jerusalem.

In Area C, a total of 55 structures were demolished or seized in July: the Hebron Governorate, which remains the epicenter of the pandemic, continues to be the most affected, followed by Bethlehem and Jerusalem.

On 21 July, the Israeli authorities demolished a building on the outskirts of Hebron city: while the Hebron Municipality claimed it was planned to be used as a COVID-19 testing center, the Israeli authorities have contested this claim. The demolition was carried out on the basis of Military Order 1797, which allows for the expedited removal of unlicensed structures deemed as “new”, within 96 hours of the issuance of the ‘removal order’. The UN has repeatedly raised concerns about this procedure, which significantly narrows the ability of affected people to be heard before a judicial body. Another nine structures were demolished in July on the basis of this order.

The largest incident took place on 2 July, in a herding community in the central Jordan Valley, where the Israeli authorities demolished 12 structures, including four residential tents; the latter were not inhabited at the time of the incident due to the seasonal movement of the affected family. The community is located in an area designated as a ‘firing zone’ for Israeli military training. Another six structures were demolished or seized in four Palestinian Bedouin communities in Area C of the Jerusalem governorate, within or next to an area slated for the expansion of the Ma’ale Adumim settlement (the E1 plan).

Also, in Area C, on 29 July, the Israeli authorities handed over 15 stop-work orders and three ‘removal orders’ under the expedited process (Military Order 1797) targeting homes, public facilities and livelihood-related structures in the herding community of Fraseen (Jenin). This community is located between the Israeli settlement of Hermesh and a settlement outpost established about a year ago as an agricultural farm, and virtually all its structures are now at risk of demolition.

Four of the structures demolished or seized by the Israeli authorities in July had been provided as humanitarian assistance, at a value of over 6,000 euros. There has been a slight decline in targeting of donor-funded structures in the first seven months of 2020, compared with the same period last year (65 vs. 71). In one community, another eight donor-funded aid structures, which cost over 21,000 euros, received stop work orders.

In East Jerusalem, a total of 17 structures were demolished this month, including three self-demolished by their owners.This is slightly above the monthly average of structures targeted during the first half of 2020, but in line with the 2019 monthly average. Five of the structures demolished were in Al-‘Isawiya neighborhood, where the Israeli authorities also leveled several dunams of lands, alongside ongoing police operations.

Important to note that on 19 February 2020, the Municipality of West Jerusalem announced that it would freeze the demolition of houses in Al-‘Isawiya neighborhood for six months.