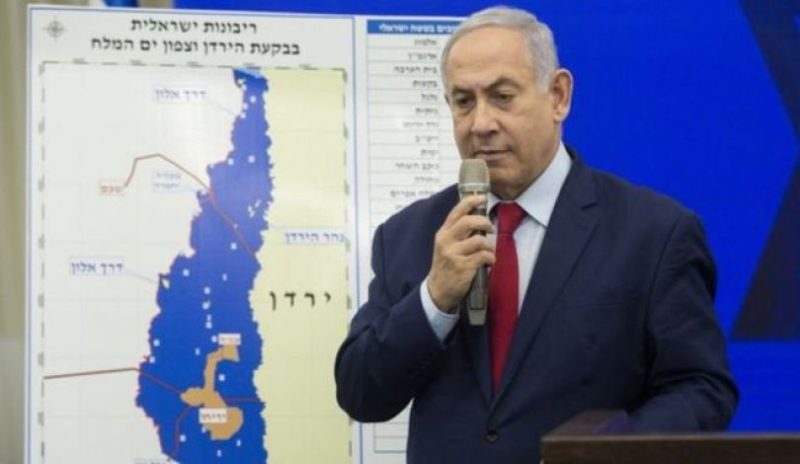 “Oman reiterates its rejection of Netanyahu’s statements and confirms its support to the Palestinian people in all efforts to establish an independent Palestinian state with East Jerusalem as its capital,” the Omani Ministry of Foreign Affairs said, in a statement.

Netanyahu said, last week, that he would annex the Jordan Valley if he were to be re-elected in the September17 election.

WAFA reported that his statements were strongly condemned by Palestinian and Arab leaders.

Netanyahu plans to annex 75% of Area C, which is under full control of Israeli occupation authorities, the weekly settlement report, prepared by the PLO’s National Office for the Defense of Land and Resistance, stated on Sunday.

Parading his new policy, Netanyahu provoked Palestinians feelings by announcing, during a press conference, his government’s intention to impose Israeli sovereignty over the Jordan Valley and the Northern Dead Sea, covering 22% of Area C, in case of a win, Al Ray Palestinian Media Agency further reports.

Betting on an additional free gift from the US administration, to help him win the election — as with previous gifts, which include official recognition of occupied Jerusalem as the capital of Israel, as well as Israeli sovereignty over the Golan Heights — Netanyahu declared his objection to the eviction of 80,000 settlers from settlements located outside of  the blocks, stressing that there will not be any plans to disengage.

Netanyahu pointed out, during his speech, that the Israeli relationship with US president Donald Trump’s administration leans on a totally different political base.

Netanyahu said that they are preparing the political arena to accept the imposition of Israeli sovereignty over settlements inside and out of the blocks, including those located in the Jordan valley, hinting at  US recognition of occupied Jerusalem as the capital , Israeli sovereignty over the Golan Heights , and the US withdrawal from the nuclear deal with Iran.

The report also stated that Netanyahu was set to announce Israeli sovereignty over the Jordan valley and northern Dead Sea, in his speech, but that he changed the speech to announce the step as a part of his policy, in the case that he is re-elected as Prime Minister.