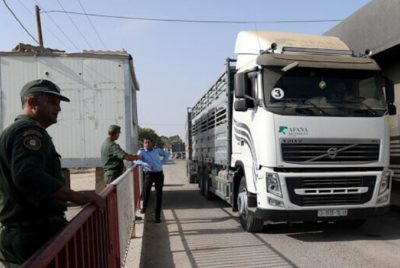 The Israeli army imposed a comprehensive closure on the West Bank and Gaza due to the Israeli elections on Monday.

The closure was imposed from midnight on Sunday until early Tuesday morning, due to the Israelis going to the polls for the Presidential and “Knesset” elections.

The Israeli army said in a statement that “according to an assessment of the security situation and instructions at the political level, a comprehensive closure will be imposed on the Judea and Samaria area [the current Israeli government’s name for the West Bank, based on a biblical translation that they say justifies their claim to control the Palestinian land] and the crossings in the Gaza Strip will be closed, starting from 2 March 2020 at midnight.”

The army statement added that “the opening of the crossings and the lifting of the closure will be carried out on Tuesday, 3 March 2020, according to an assessment of the situation and normal working hours.”

The army stated that “during the closure, only exceptional humanitarian and medical cases will be allowed to cross, after the approval of the government’s coordinator in the occupied territories.”