One Palestinian Injured By Israeli Army Fire In Northern Gaza 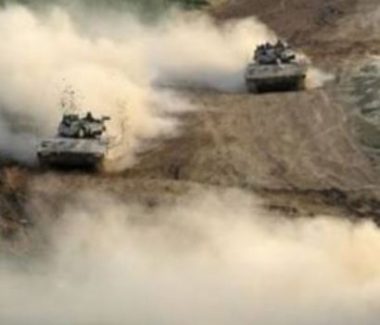 The Palestinian Health Ministry has reported that one Palestinian was injured, on Tuesday morning, after Israeli soldiers, accompanied by tanks and bulldozers, invaded farmlands in northern Gaza, and bulldozed them, while firing live rounds and a few shells.

The ministry stated that the Palestinian, 22 years of age, was injured by fragments of an artillery shell, and was moved to the Indonesian Hospital, suffering minor wounds.