One Palestinian Injured, Many Suffer Effects Of Teargas Inhalation, In Jerusalem 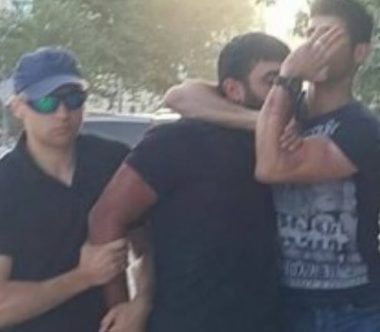 Israeli soldiers shot and injured, on Wednesday evening, one Palestinian with live fire, and caused dozens to suffer the effects of teargas inhalation, during clashes that took place after the soldiers assaulted protesters, near Qalandia terminal, north of occupied Jerusalem.

The clashes started after the soldiers attacked Palestinians, holding a nonviolent procession in support of the Palestinian detainees, ongoing with the hunger strike they started on April 17th, which also marks the Palestinian Prisoners’ Day.

The soldiers fired a barrage of gas bombs, and several live rounds, on the protesters, while local youngsters responded by hurling stones and empty bottles.

Medical sources said a young man was shot with a live round, while scores of Palestinians suffered the effects of teargas inhalation.