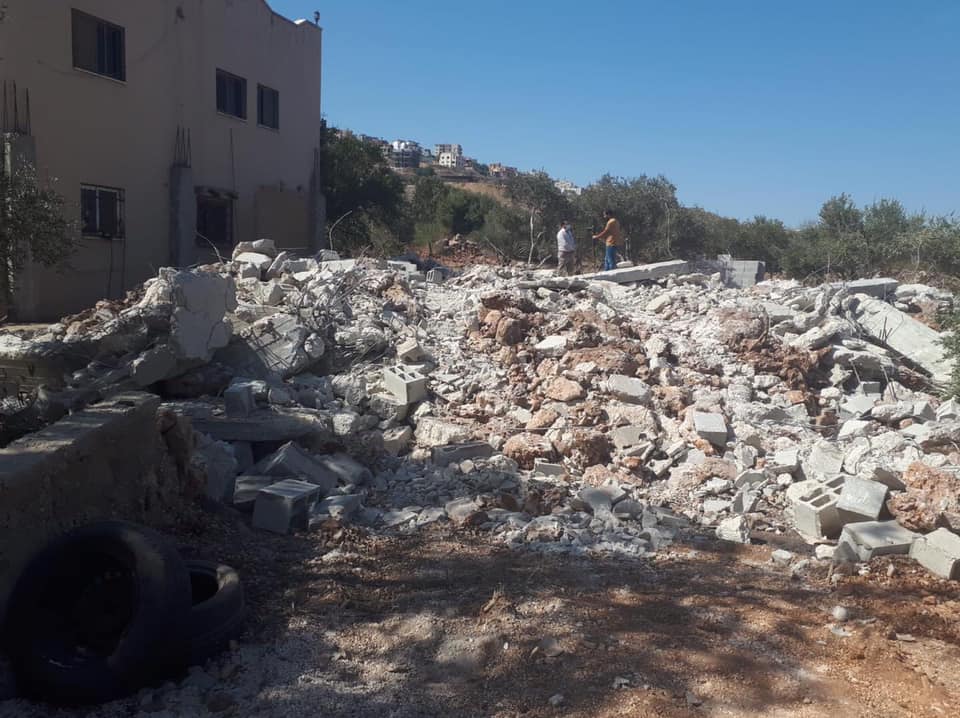 The Israeli authorities razed a Palestinian-owned home, on Monday, in Taybeh village, west of Jenin, in the northern West Bank, according to Khaled Jabareen, head of the village council.

Jabareen told Palestinian WAFA News Agency that Israeli forces isolated the perimeter of the 130-square-meter house, located near the apartheid wall, then proceeded to demolish it under the pretext that it was built near the ‘separation barrier’.

In related news, the Israeli forces handed demolition orders to two Palestinian-owned homes located southeast of Bethlehem, in the southern occupied West Bank, according to a local official.

Kawazba added that the occupation authorities set a 96 hour deadline to carry out the demolition.