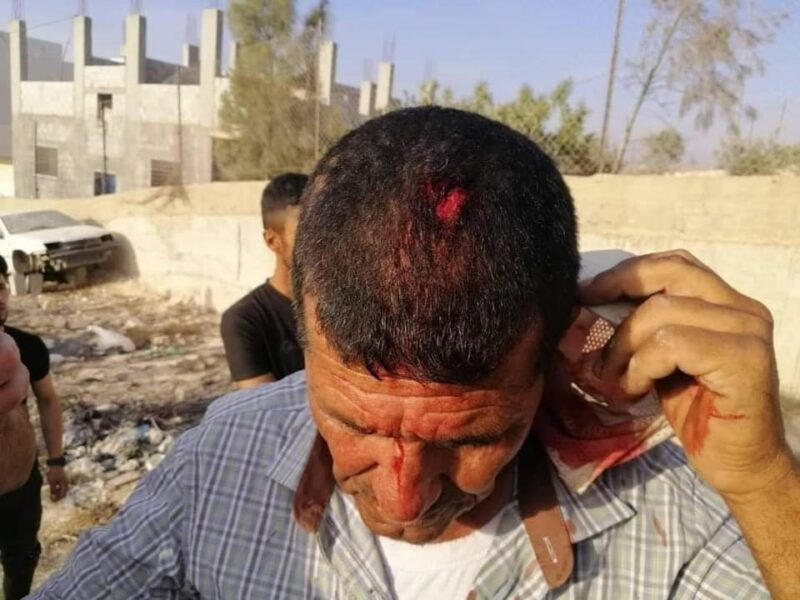 A Palestinian man sustained a moderate head injury, on Saturday, when a group of illegal Israeli settlers invaded the village of Asira al-Qibliya, south of Nablus in the northern occupied West Bank, the Palestinian WAFA News Agency reported.

Hafez Saleh, the mayor of the village, said that colonialist settlers from the illegal Yitzhar colony nearby, threw stones at Palestinian-owned homes, injuring Abdulbaset Ahmad with a rock in his head. The injured man was transferred to hospital for the necessary treatment.

Saleh pointed out that confrontations broke out between local Palestinian residents and the Israeli occupation forces who provided cover for the illegal settlers.

The Palestinian Information Center reported that Israeli forces were confronted by local youths, and soldiers responded by firing tear-gas canisters and concussion grenades at the protesters, causing crops to catch fire.

No further injuries were reported.