OpEd : Israel Killed Palestinian Civilians Deliberately, So Why is the UNHRC Speculating About It? 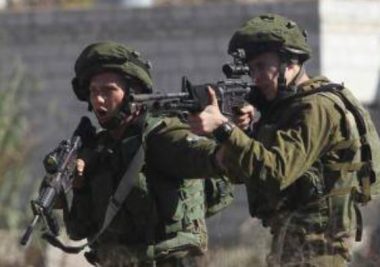 When the Great March of Return protests started in March, 2018 the Palestinian people’s call was clear, with a collective, entirely legitimate, demand to return to historic Palestine. Israel’s response was to position snipers at the border, shooting to kill or maim Palestinians exercising their fundamental right of free expression and principle.

At the 42nd session of the UN Human Rights Council, (UNHRC) High Commissioner Michelle Bachelet spoke about Israel’s killing of Palestinians participating in the protests. “Initial monitoring suggests they were killed in circumstances where there was no threat to life or serious injury, thus the use of lethal force may have been excessive,” said Bachelet. Unless used as a last resort in case of imminent threat, she added, Israel’s actions “may constitute an act of wilful killing.”

Perpetual speculation over Israel’s human rights violations is rife across UN institutions. The UNHRC is no exception. Bachelet’s tone is far from assertive when it comes to calling out unequivocally the Israeli government’s premeditated strategy of killing Palestinian civilians. However, this was to be expected of Chile’s former President who targeted indigenous Mapuche communities by using the Pinochet dictatorship era legislation known as the anti-terror law.

The international community has failed Palestinians yet again. When it became clear that the Great March protests would be a permanent feature, UN representatives retracted from their recognition of the Palestinian narrative. Instead of taking a step forward to meet the Palestinian demand to return to their homeland, the UN embarked on a counter-strategy to dilute the significance of the protests. In its statements, the UN eliminated the Nakba context of the Great March, ascribing the action solely to anger over the illegal Israeli blockade and Gaza’s rapidly deteriorating environment. Indeed, the UN also professed a solution: the return of the Palestinian Authority’s rule over the enclave.

If the UN could persuade the international community that the Palestinian demonstrations stemmed from humanitarian issues alone, the institution could continue with disseminating its own designations for Palestinians, none of which include decolonization, liberation and return.

The Great March of Return’s potential to usher a rethinking of Palestine from Palestinian narratives is a political concern which the UN does not relish. Hence the scramble to maintain the status quo of statistics; deploring Israel’s killing and injuring civilians at the demonstrations; altering the focus from the right of return to urging humanitarian provision; and avoiding any possible discussion of how UN Resolution 194 – the UN’s attempt at recognizing the Palestinian right to return – is a flawed statement prioritizing Israel’s colonization above Palestinians’ political rights.

This latest UN debacle illustrates how the institution works to isolate Palestinians by keeping their rights tethered to deliberate indecisive rhetoric, particularly when it comes to Israeli violations. Having endorsed the Zionist colonial project and its dispossession of Palestinians, the UN’s creation of an ongoing debate about whether Israel has deliberately killed Palestinian civilians, or whether its ethnic cleansing policies constitute war crimes, has ended any possibility of reversing the violations.

Along with Israel, the UN has added to the persecution of the Palestinian people by purposely altering their demands while creating hypotheses to avoid holding Israel, as well as its own institutions, accountable.

Nevertheless, just because the UN has created a pedestal for its supremacy does not mean that we should allow the Palestinian struggle for liberation to be defined through its parameters. End the speculation, UN; Israel has killed Palestinian civilians deliberately. Now do something about it.