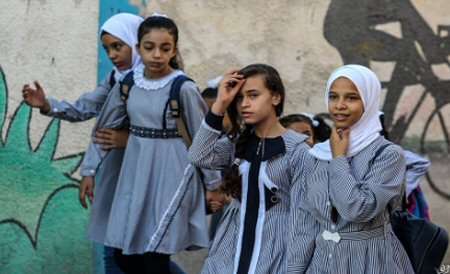 About 1,300,000 Palestinian students, on Wednesday morning, went to their schools, throughout the West Bank and Gaza Strip, with the start of the new school year.

Some of these students will be studying in schools run by the Palestinian Ministry of Education in Qatar, Romania and Bulgaria, opened to serve children of the Palestinian community in these countries. Another 830,000 students will be studying in public schools and around 100,000 in schools run by the United Nations Relief and Works Agency for Palestine Refugees (UNRWA).

According to Al Ray, UNRWA schools number at 377, while kindergartens amount to 1,945.