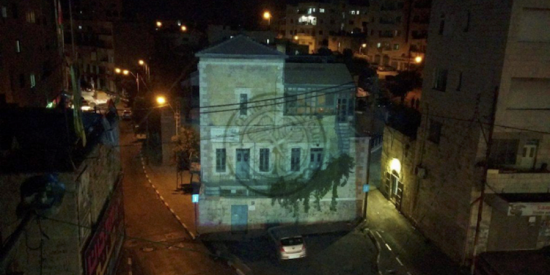 An explosion of solidarity

On Wednesday, the 15th of August, fans of Scottish football team the Glasgow Celtic Football Club showed Palestine that the world has not forgotten about its struggle under Israeli occupation.

Hundreds of fans raised the Palestinian flag during a Club Qualifier game between Celtic and Israeli football team Hapoel Beer Sheva, despite a UEFA ban on “messages that are of a political, ideological, religious, offensive or provocative nature” as well as threats of arrests and penalties.

The game was held on the Glasgow club’s home turf, in Celtic Park. Celtic won the game by three goals.

Prior to the match, activists from Scotland’s Palestinian Alliance organization handed out Palestinian flags and flyers with information on the Nakba – Israel’s 1948 occupation of Palestine and the refugee catastrophe that ensued. During the game, the fans waved Palestinian flags, creating a sea of red, black, white, and green across the auditorium.

The club was subsequently charged by the UEFA for displaying “illicit banners.” A disciplinary hearing will be held at the end of September. Celtic faces a fine of £15,000.

In response to the potential fine, the Green Brigade, an anti-fascist, anti-racist faction of Celtic fans, established a crowd sourcing campaign to #matchthefineforpalestine – that is, to donate an amount equal to the fine Celtic faces to Palestinian organizations.

The crowd funding campaign has far surpassed its initial goal of raising £15,000: more than 6,500 people have donated over £100,000 in the last two days. The funds will go to the Lajee Centre, a cultural and creative center for children in Bethlehem’s Aida Refugee camp, and Medical Aid Palestine.

Celtic fans’ protest at last week’s match expressed strong solidarity with Palestine and touched the hearts of many Palestinians.

In a video made by the Lajee Center, youths in Aida refugee camp thank Celtic fans for their support and concern for Palestine.

To send a message of thanks to the people of Scotland, artist Hamza Abu Ayyash projected two pictures onto the side of a building in Ramallah –  one of the Scottish flag and a thistle, and the other of the Celtic’s logo.

Abu Ayyash explained to the Alternative Information Center, “I was very thrilled [to see] the video of the Celtics waving, chanting, and showing solidarity during the football match. It was like knowing that there are people who know what is happening in this part of the world.”

“I just wanted to say, thank you for your support for the true humans who won’t accept oppression [and] for warriors of justice,” he added. “What the Celtics did, went beyond sports. Thank you Celtics and Scotland for being true to your soul.”

Following the match, Palestinians also flooded twitter with the hash tag #ThanksCelticFans to express appreciation for their explosive and eye-catching expression of solidarity.

The Celtics and Hapoel Beer Sheva are slated to play another game on Tuesday night – this time in Beer Sheva, a city inside present-day Israel.

The Israeli police said in a statement: “police units, special patrol units and border police will be in and around the stadium before and throughout the game… Police will respond if necessary to any flag related incidents that could disturb the game.”

The Guardian also quoted Israeli police spokesperson Mikey Rosenfeld saying, “it is not illegal to have a Palestinian flag in Israel but provocation by fans of either side is, and we will not tolerate it.”

About 250 Celtic fans are expected to show up to the match. Tonight’s game will determine which team gets to go through to the next stage of the Champion’s League.

Poppy Liuba-Carmichael studies Arabic and Social Anthropology at the University of Edinburgh.

At AIC official: The False Logic of Anti-BDS Rhetoric