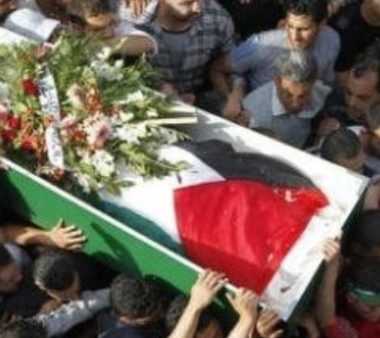 The Palestinian Health Ministry has reported that a child was killed, on Thursday morning, when an undetonated Israeli explosive that was dropped during the recent Israeli offensive on Gaza, exploded near him.

The Ministry stated that the child was been identified as Obeida Saif Dahdouh, 9, from the Zeitoun neighborhood in Gaza city.

They added that the Israeli explosive went off near the child, causing serious wounds before the medics rushed him to the Shifa Medical Center where he succumbed to his wounds.

During the Israeli offensive on Gaza in May of this year, the soldiers bombed homes, residential towers, commercial buildings, and various police and security centers, in addition to civilian offices, buildings, and infrastructure, killing 232 Palestinians, including 65 children and 39 women, in addition to wounding more than 1900, the Health Ministry said.