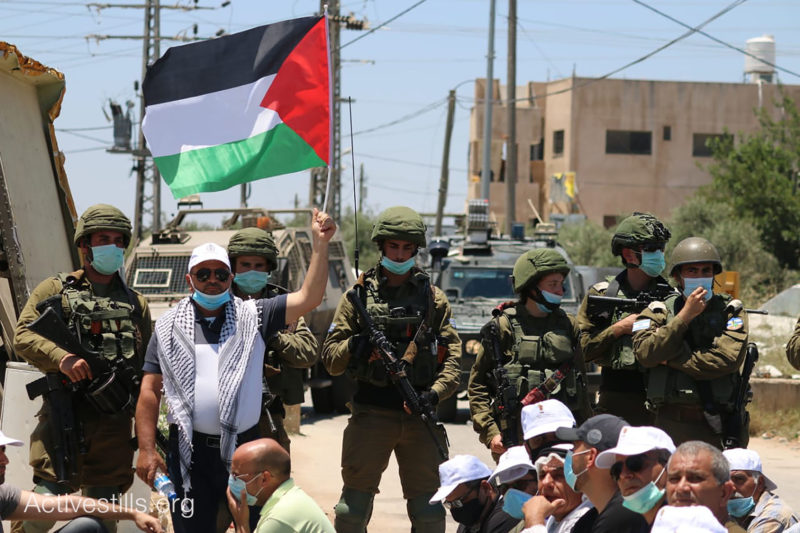 Soldiers set up roadblocks leading to Hares, preventing activists from participating in the prayer. Sources added that Palestinian civilians and activists, instead held the prayer near the Israeli military checkpoint, at the entrance to the village.

Today’s protest is the fifth week of a series of demonstrations held, on the threatened land, by the residents of Hares, in an effort to prevent the Israeli takeover of their land, for the expansion of illegal Israeli settlements.

Article 49 of the Fourth Geneva Convention states that the occupying power [Israel] is forbidden from transferring any of its own population onto the land on which it occupies [Palestine].