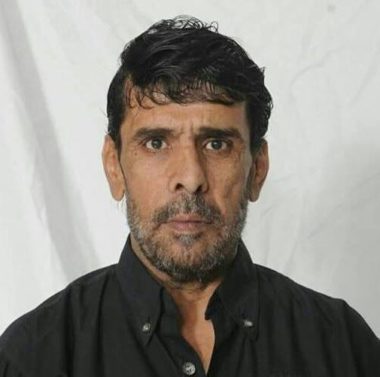 The Palestinian Detainees Committee has reported, on Wednesday evening, that a Palestinian detainee from Gaza, who has been held by Israel since 1991, died from serious complications resulting from being denied required specialized medical attention.

The Committee stated that the detainee, Fares Mohammad Baroud, 51, from the Shati’ refugee camp, west of Gaza city, died shortly after being moved to Soroka Israeli medical center.

It added that, although the details of his death remain unclear, Baroud has been facing several health conditions for many years and was not granted urgently needed professional medical treatment.

On November 18, 2018, the detainee, who was also suffering from a psychological condition, suffered an internal hemorrhage and was moved to Soroka after losing consciousness.

He later underwent a surgery where the doctors removed a part of his liver and a blood vessel leading to it.

The Detainees Committee held the Ramon Prison administration and the Israeli government responsible for Baroud’s death, as it is just one example of the numerous and ongoing serious violations against the Palestinian detainees, depriving them from basic life-saving medical attention.

Baroud was taken prisoner on March 23, 1991 and was sentenced to a life-term after being convicted of killing an Israeli colonialist settler.

He has been denied visits since the year 2000, and was supposed to be released as part of the fourth phase of a prisoner release agreement reached in late 2013, but Israel unilaterally voided the deal.

As part of that agreement, Israel was supposed to release all long-term detainees who had spent many years in prison, in four phases, in order to facilitate the resumption of direct “peace talks”. But the Israeli government backed out of the deal before implementing the final phase, which included 30 detainees.

His death brings the number of detainees who died in Israeli prisons since the year 1967 to 218, including 63 who died after being denied the required essential medical treatment.