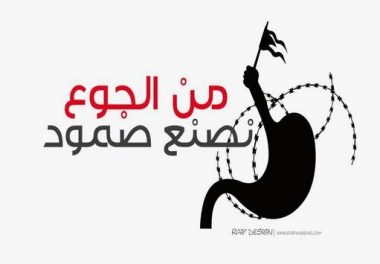 The Palestinian Captive Movement, from inside Israeli jails, has announced the launch of an open-ended mass hunger strike in protest of the recent and vicious attacks on Palestinian prisoners, by Israeli authorities.

In a statement on Thursday, the Captive Movement urged all prisoners in Israeli jails to take part in the hunger strike, which was dubbed “The Battle of Dignity”, according to Days of Palestine.

The statement, which was signed by representatives of prisoners from Hamas, Islamic Jihad, Fatah, the Popular Front and the Democratic Front, affirmed that the hunger strike was a necessary step to respond to Israel’s escalation of its punitive measures against the prisoners and its persistence in violating their rights.