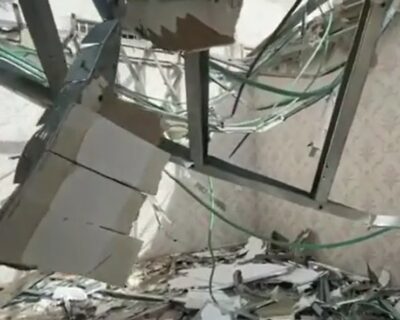 The Israeli authorities in occupied Jerusalem forced Wednesday, a Palestinian family to demolish its home in the Wad al-Jouz neighborhood in the Old City.

The WAFA Palestinian News Agency said the City Council in occupied Jerusalem forced Faisal Ja’bari to demolish his home which provided shelter for him and his family in the northeastern part of the Old City of Jerusalem.

It added that the home, seventy square meters, was built in the year 2016, providing shelter for Faisal and his family of eight. It is worth mentioning that the City Council claims the property was built without a permit, and informed Faisal that he needs to demolish his home no later than January 25th or face excessively high fines and fees in addition to the demolition costs if the city carries the destruction out using its workers and equipment.

The family faced fines exceeding 70.000 Shekels in addition to about 50.000 in legal costs, including appeals.

In related news, the soldiers invaded the Ramadin town, south of Hebron city, in the southern part of the occupied West Bank, and demolished a Palestinian home.

On Wednesday at dawn, dozens of Israeli soldiers invaded the Sheikh Jarrah Palestinian neighborhood in Jerusalem, and demolished two homes, in addition to abducting 27 Palestinians, including six members of the Salhiyya family.

On Tuesday evening, the soldiers forced three Palestinians to demolish a home and two stores in Jabal al-Mokabber and Shu’fat refugee camp, in occupied Jerusalem.