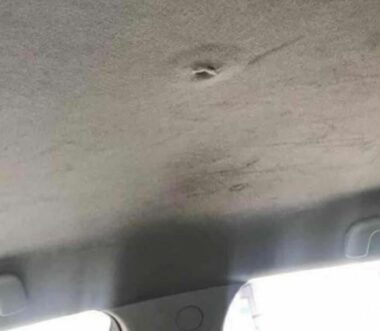 An indigenous Palestinian family from occupied Jerusalem, survived a shooting attack carried out by an illegal Israeli colonist, while driving to their home in Jabal al-Mokabber, in the city.

Mahmoud Shqeir told the Maan News Agency that his son, Khaled, 55, was driving his car along with his wife and their two children, when a colonist fired several live rounds at their car, likely from the rooftop on one of the homes in Talpiot colony.

Shqeir said the bullets pierced the roof of the car and entered the body of the vehicle barely missing the passengers.

Shqeir also said that, after the shots were fired, his son, Khaled, sped away and managed to leave the area.

After the shooting incident, Khaled headed to the Israeli police station in Jabal al-Mokabber, in Jerusalem, to file a complaint, but the officer in charge informed him that he needs to come back later, because “there weren’t any investigators in the station at the time.”