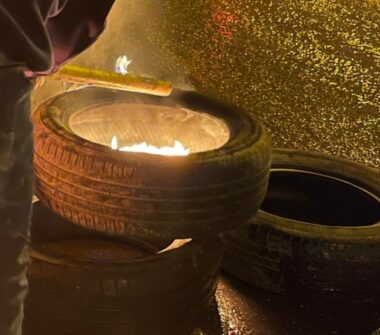 On Thursday dawn, Palestinian resistance fighters exchanged fire with Israeli soldiers who invaded the eastern area of Nablus city in the northern part of the occupied West Bank.

Various resistance factions, including the Al-Quds Brigades and the Lions’ Den, said their fighters exchanged fire with the army during its invasion of the city.

They said the fighters fired dozens of live rounds at the many Israeli military vehicles invading the city, mainly the eastern part.

Many Palestinians protested the invasion, burnt tires, and hurled stones at the soldiers who fired live rounds, rubber-coated steel bullets, and gas bombs.

Also, Palestinian fighters fired many live rounds at the military base atop Mount Jirzim (Gerizim), south of Nablus.