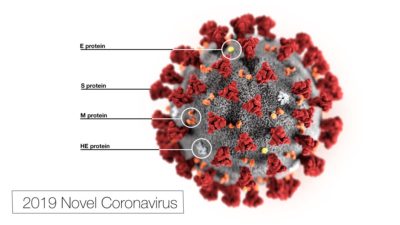 The Palestinian Minister of Health Mai Kayleh announced on Thursday evening that 7 Palestinian citizens have been confirmed as infected with the Corona virus.

Kayleh explained, in a press conference held Thursday evening in the headquarters of the Governorate of Bethlehem, in the presence of Governor Kamel Hamid and the Minister of Tourism and Antiquities Rola Ma’ayah, that the ministry’s crews worked to take samples from 20 people in a hotel in Bethlehem, in which a Greek delegation had been staying between February 23 and 27th.

The delegation then returned to Greece. The ministry worked to determine who they had contact with, and samples were taken from all contacts for laboratory testing . Positive results were confirmed for seven residents, showing  they were infected with the Corona virus.

She continued, “Since the morning hours we have taken the necessary measures and issued instructions to citizens to deal with the emergency situation in the governorates of Bethlehem, Jericho and Al Aghwar.”

Since the announcement, the streets of Bethlehem were virtually deserted, with most people remaining inside and tour groups cancelled.

Kayleh stressed the necessity of all media institutions to abide by the data and circulars issued by the ministry and not to spread any news that does not come out of the official authorities.

It called on citizens to adhere to all prevention instructions and to follow the instructions issued by the Ministry.