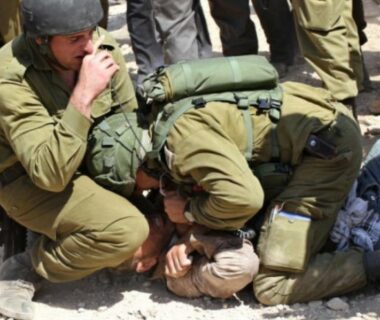 Palestinian medical sources have reported, on Wednesday evening, that a young man was rushed to a hospital in Jenin, in northern West Bank, after Israeli soldiers detained him and moved him to a military base where they repeatedly assaulted him before leaving him unconscious on the side of the road.

They added that the soldiers took the young man to the Dotan Israeli military base, which was installed on stolen Palestinian lands near Ya’bad town, before repeatedly assaulting him.

The soldiers then took the injured young man to the eastern entrance of the town and left him unconscious on the ground.

The locals saw the young man and rushed for his aid, before calling for an ambulance that transferred him to a hospital in Jenin.