Palestinian Killed In An Accidental Explosion In Central Gaza 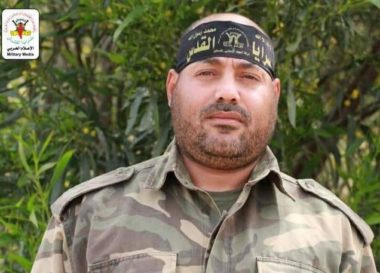 The Palestinian Health Ministry in the Gaza Strip has reported that one fighter was killed, Sunday, in what was described as an accidental explosion in Central Gaza.

It stated that the Palestinian has been identified as Mo’in Suleiman al-‘Attar, 42, was killed in the explosion in Deir al-Balah, in central Gaza.

The Palestinian, from Deir al-Balah in central Gaza, was first seriously wounded, before he was rushed to the al-Aqsa Hospital where he succumbed to his serious injuries.

The al-Quds Brigades, the armed wing of the Islamic Jihad, said the fighter was one of its members.