Palestinian Man Dies From Serious Wounds He Suffered On May 14 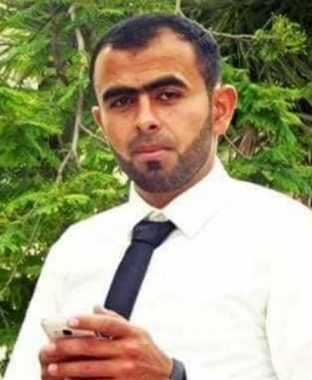 Palestinian Medical sources in the Gaza Strip have reported that a seriously injured young man has died from his wounds, on Sunday at night.

The sources said that Wisam Yousef Hijazi, 30, was shot by Israeli army fire on May 14th, during the Great Return March procession, east of Abasan al-Jadeeda town, east of Khan Younis, in the southern part of the Gaza Strip.

Hijazi remained in a critical condition due to his injury, and was referred to an Egyptian hospital, but succumbed to his wounds at Rafah Border Terminal, between Gaza and Egypt.

Wisam was from Bani Sohelia town, east of Khan Younis.

According to data from the United Nations Office for the Coordination of Humanitarian Affairs in the Occupied Palestinian Territory (OCHA), published on August 9th 2018, 172 Palestinians; including 140 men, 2 women, 28 boys (children) and 2 girls (children), have been killed in the Gaza Strip since March 30th

It said that the soldiers have injured 17.504 Palestinians, including 9227 who were hospitalized, and 8277 who were treated in field clinics.

According to OCHA, the fatalities include 124 Palestinians who were killed during the protests, and 48 killed in “other circumstances”; among the latter are seven people whose bodies are reportedly being withheld by the Israeli authorities.

However, on Saturday, August 11th, (prior to Hijazi’s death), Dr. Ashraf al-Qedra, the Head of the Public Relations Department on Gaza’s Health Ministry, has reported that the soldiers have killed 167 Palestinians, including three medics, during the Great Return March Procession, since it started on March 30th, 2018.

He added that the soldiers have injured approximately 18.000 Palestinians, including 370 medics, and caused damage to 70 ambulances, since March 30th.