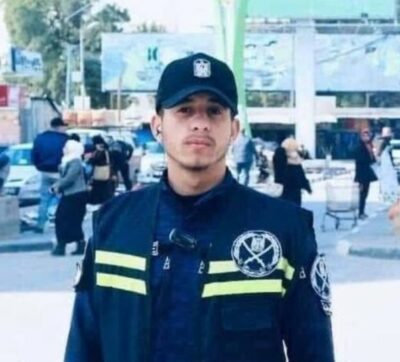 Palestinian medical sources have confirmed that a police officer has died from serious wounds he suffered during the Israeli bombing of Gaza Sunday.

The sources said the traffic police officer, Mahmoud Ahmad Daoud, 21, died from serious wounds at a hospital in Gaza city.

They added that Mahmoud was seriously wounded when the Israeli army fired missiles a the as-Samer Junction, in the center of Gaza city.

His death brings the number of Palestinians killed by Israeli missiles and shells during the three-day offensive on Gaza (Friday-Saturday-Sunday) to 45 Palestinians, including one elder, three women, and fifteen children.