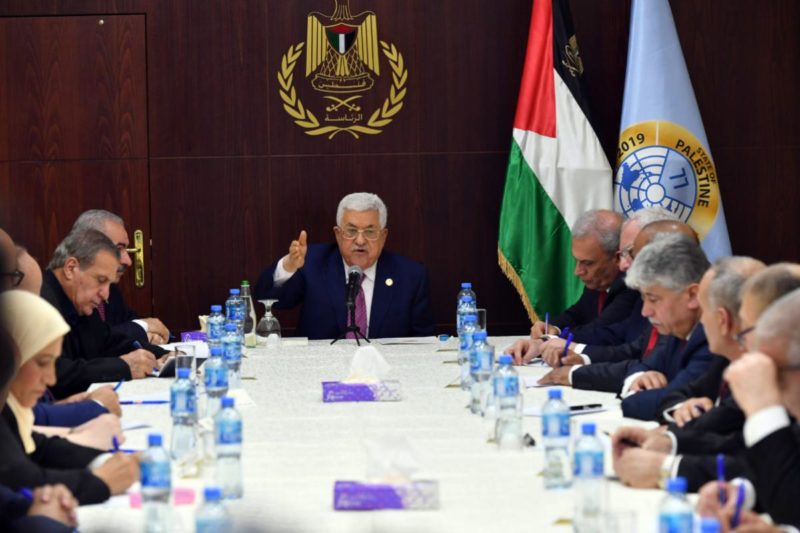 A number of Palestinian officials in the West Bank city of Ramallah, condemned on Sunday, the Israeli seizure of Palestinian Authority’s (PA) tax funds, considering this piracy against the Palestinian people.

Hussien Elsheikh, Minister of Civil Affairs with the PA, confirmed today that the Israeli Magistrate Court in the internationally-recognized occupied East Jerusalem, issued a verdict, allowing the Israeli government to seize a sum of 450 million Israeli shekels (Around 110 Million US Dollars).

The funds are tax money, collected by Israel on behalf of the PA under the Oslo Accords, signed between Israel and the Palestine Liberation Organization (PLO), back in 1993.

Recently, Israel has indicated its intention to seize the tax funds, as a percentage of the money goes to the families of Palestinian martyrs and prisoners inside Israeli jails.

Last week, Israel sent a warning that it would impose a penalty on Palestinian banks that deliver monthly salaries to families of those martyrs killed by Israel, and those imprisoned by Israel, who Palestinians consider heroes of freedom.

Meanwhile, member of the Executive Committee of the PLO, Dr. Ahmad Majdalani, was quoted as saying “We reject such a decision and we will start moving against it, worldwide, for this violates international legitimacy resolutions and international law”.

Majdalani asserted that those deducted funds are exclusively Palestinian and therefore, the Palestinian leadership should go for all possible options to restore them.

Over the past few years, Israel has repeatedly warned the PA against giving monthly stipends for Palestinian families, whose members have been either killed or imprisoned by Israel.

Palestinian President, Mahmoud Abbas, has responded firmly by saying that his authority would continue paying those families, and considers the Israeli seizure as piracy and in stark breach of Palestinian internal affairs.