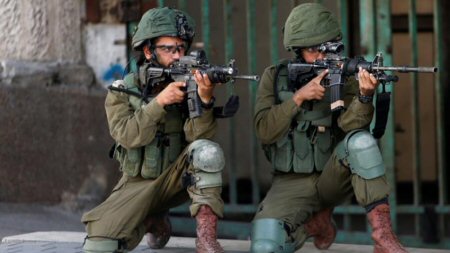 Morad Eshteiwi, Coordinator of the Popular Committee in Kufur Qaddoum, told Quds News Network that a large army force invaded the village in the Qalqilia district of the occupied West Bank.

Eshteiwi added that the troops showered Palestinian homes with live and rubber-coated metal bullets, injuring two Palestinians. One was reportedly struck in the neck while the other was shot in the face, both men were rushed to the local hospital by locals.

Important to note that a young Palestinian man was struck with a rubber-coated steel bullet, fired by Israeli forces during weekly protests in Kufur Qaddoum village, on Friday.