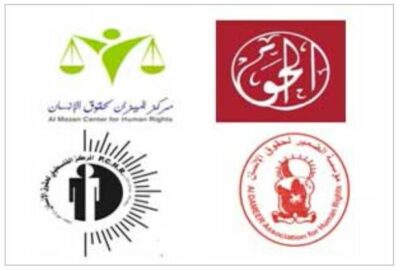 Press Release: Al-Haq, Al Mezan Center for Human Rights, Palestinian Centre for Human Rights, and Al Dameer (the organisations) express concern that significant time has passed since the opening of the second preliminary examination on the Situation in Palestine in January 2015, and since the closing of that preliminary examination in December 2019, when the Office of the Prosecutor determined “that all the statutory criteria under the Rome Statute for the opening of an investigation had been met”.[1] The victims of continuing clearly apparent crimes, subject to intensifying occupation, discrimination, and violence require the immediate opening, at the very least, of a formal investigation into the Situation in the State of Palestine. The urgency of such investigation is further necessitated by the intensifying support by the United States of the unlawful settlement enterprise and of the unlawful annexation to Israel of occupied territory.

The Office of the Prosecutor’s 2020 Report on Preliminary Examination Activities recalls the Prosecutor’s conclusion in 2019 that “the Office found there was a reasonable basis to believe that in the context of Israel’s occupation of the West Bank, including East Jerusalem, members of the Israeli authorities have committed war crimes under article 8(2)(b)(viii) in relation, inter alia, to the transfer of Israeli civilians into the West Bank”.[2] Our organisations underline that criminal conduct related to the settlements includes also the potential liability of individuals and corporate actors complicit in unlawful trade with settlements, whose establishment and consolidation are marked by a myriad of Rome Statute crimes such as pillage, forcible transfer, and the extensive destruction and appropriation of property.

Since the closing of the Preliminary Examination in 2019, Israeli occupying forces’ (IOF) conduct, constituting war crimes and crimes against humanity under the Rome Statute, has continued, and is continuing. The United States, through the policies presented in the January 2020 ‘Peace Plan’, and, for example, through the visit of US Secretary of State Mike Pompeo to the illegal Israeli settlement of Psagot, located on Palestinian lands in Jabal Al-Tawil, outside Ramallah, has sought to legitimise such unlawful conduct.[3]

Our organisations welcome the acknowledgement in the Annual Report of the unlawful violence inflicted by the IOF on Palestinians in Gaza who have been demanding the enforcement of their right of return. While the Report notes “a reasonable basis to believe” that Israeli occupying forces have perpetrated war crimes, the widespread and systematic nature of human rights violations are equally appropriately categorised and labelled as crimes against humanity.

In relation to Israel’s closure and blockade policy, the 2009 UN Fact-Finding Mission on the Gaza Conflict stated that: “The Mission further considers that the series of acts that deprive Palestinians in the Gaza Strip of their means of subsistence, employment, housing and water, that deny their freedom of movement and their right to leave and enter their own country, that limit their rights to access a court of law and an effective remedy, could lead a competent court to find that the crime of persecution, a crime against humanity, has been committed”.[4] Israel’s escalating domination of Palestinian society in the intervening period has only intensified, with conduct constituting forcible transfer, unlawful imprisonment, and murder as crimes against humanity, all under an overarching apartheid regime (reiterated by the UN Committee on the Elimination of Racial Discrimination in its 2019 Concluding Observations to Israel), and also a crime against humanity, continuing throughout the occupied Palestinian territory, constituting the West Bank, including East Jerusalem, and the Gaza Strip.

The Office of the Prosecutor recalled its January 2020 position that potential cases concerning crimes allegedly committed by Palestinians would be admissible, as would alleged crimes committed by Israeli authorities  within its settlement regime, yet stated that “the admissibility of potential cases concerning crimes allegedly committed by members of the IDF”[5] in Gaza[6] remain “under review”[7]. Our organisations reiterate that individuals, whether members of the IOF, or others complicit in and responsible for the clearly apparent perpetration of Rome Statute crimes, have not been subject to any independent legal investigation in Israel. Israel has consistently failed to undertake any genuine accountability measures against individuals, at any level, apparently responsible for war crimes and crimes against humanity. The urgently needed investigation into the Situation in Palestine must include the cases that are the subject of pending proceedings in Israel, as that system is empirically and conclusively evidenced to be unwilling or unable to genuinely carry out investigations and prosecutions.

The Israeli courts, further, continue to deny the very applicability of the Fourth Geneva Convention to occupied territory and are complicit not only in the transfer of Israeli civilians as settlers into occupied territory, but in attempting to legitimise the concomitant war crimes and crimes against humanity such as unlawful appropriation of property and the crime of apartheid.

Responding to the Prosecutor’s decision to request “an expeditious ruling under article 19(3) of the Statute” from the Pre-Trial Chamber to confirm that the territory over which the Court may exercise its jurisdiction under article 12(2)(a) comprises the Occupied Palestinian Territory, that is the West Bank, including East Jerusalem, and Gaza, our organisations noted in a joint Amicus Brief of March 2020 that it would have been appropriate for the Prosecutor to proceed directly to a formal investigation.[8]

An ICC Pre-Trial Chamber has held that the preliminary examination of a situation “must be completed within a reasonable time […] regardless of its complexity”,[9] noting “the profound impact and detrimental effect that the length of time between the occurrence of the crimes and the moment in which evidence is presented at trial can have on the reliability of evidence presented before a Chamber”,[10] as well as emphasising that “any delay in the start of the investigation is a delay for the victims to be in a position to claim reparations for the harm suffered as a result of the commission of the crimes within the jurisdiction of this Court”.[11]

In requesting a ruling from the Pre-Trial Chamber, the Prosecutor stressed the importance of an expeditious ruling, a point reiterated in the Office’s June 2020 statement to the Chamber.[12]

Also in June 2020, our organisations stressed, notwithstanding the closure of the preliminary examination, that the ongoing delay in the opening of an investigation into the Situation in Palestine consolidate the environment of criminality and impunity which characterise the occupation.[13] In the context of prolonged occupation and de facto and de jure annexation, ‘undue delay’ in the process before the Court needs be read with a degree of heightened and urgent imminence and immediacy. The Prosecutor’s 2020 Report on Preliminary Examinations concludes by noting that the Office “will continue to assess any new allegations concerning alleged Rome Statute crimes in the Situation in Palestine, as well as any information relevant to complementarity and gravity, pending a decision by the PTC on its request”.[14]

Recalling that the Prosecutor determined that all the statutory criteria under the Rome Statute for the opening of an investigation had been met, and since there is no indication as to when, or even whether, the Pre-Trial Chamber will respond to the Prosecutor, the organisations assert that it is imperative, in line with jurisprudence and the very function of the Rome Statute and given the State of Palestine’s referral, that a formal investigation is immediately opened. Regardless of the Article 19(3) process currently underway, and with due respect to the Prosecutor’s Office and to the Pre-Trial Chamber, in the face of the consolidated, ongoing, and internationalised assault on the right of the Palestinian people to dignity and to self-determination, it is beyond time for a formal investigation be opened, without any further delay.

[1] ICC-OTP, Statement of ICC Prosecutor, Fatou Bensouda, on the conclusion of the preliminary examination of the Situation in Palestine, and seeking a ruling on the scope of the Court’s territorial jurisdiction, 20 December 2019.

[9] Decision on the “Prosecution’s Request for a Ruling on Jurisdiction under Article 19(3) of the Statute” ICC-RoC46(3)-01/18, 6 September 2018, para 84; Pre-Trial Chamber III, Situation in the Central African Republic, Decision Requesting Information on the Status of the Preliminary Examination of the Situation in the Central African Republic, 30 November 2006, ICC-01/05-6, p 4.