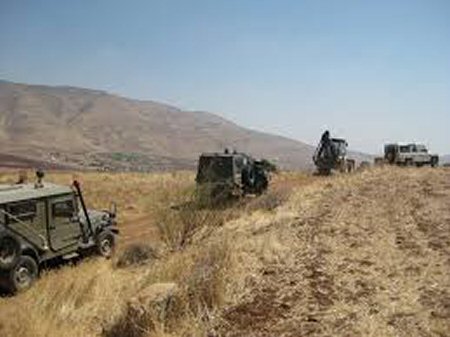 Israel’s High Court, on Thursday, denied a petition filed by Palestinian landowners in the Jordan Valley area of the occupied West Bank, demanding that their lands, which are currently being cultivated by illegal Israeli settlers, be returned to them.

Israeli news daily Haaretz reported, according to Ma’an, that the landowners were cultivating land that had been seized by an Israeli military order in the late 1960s, declaring it a “closed military zone.”

During the hearing on Thursday, the court allegedly tried to persuade the Palestinian landowners to accept financial compensation rather than the land. But, when they refused, the court ruled against them.

“‘During the hearings, we tried to bring the parties to an agreement under which the heirs would get financial compensation for the unfavorable situation in which they found themselves. Unfortunately, the arrangement did not help and we cannot attribute this to the respondents,’ meaning the state and settlers,” Haaretz quoted the court as saying.

“The justices stressed that ‘there is nothing in this ruling that prevents the petitioners from petitioning for the annulment of the military closure order or to petition against the use of the land by the respondents.’”

According to Haaretz, the lands were given by the state to the World Zionist Organization in the 1980’s,who then allocated the land to illegal settlers residing in the area. The largest area, some 5,000 dunams (1,250 acres), is now a date grove, Haaretz said.

Earlier this month, reports emerged on plans announced by the Israeli Minister of Housing to increase settlement construction in the Jordan Valley and double the number of settlers residing the area from 6,000 to 12,000.

Rights groups have said that Israeli closed military zones, also known as a “firing zones,” are used as a pretext to fully annex portions of the occupied West Bank.

Nearly 20 percent of the occupied West Bank has been declared “firing zones” since the 1970s, but according to the UN, some 80 percent of these areas are not, in fact, used for military training. However, when military training does take place, Israeli forces families to leave their homes for hours or days at a time until the drill is over.

Demolitions of Palestinian infrastructure and residences occur frequently in Area C, with the Jordan Valley’s Bedouin and herding communities being particularly vulnerable to such policies.