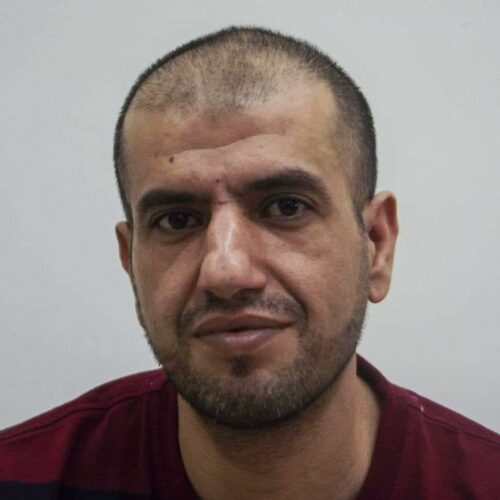 The Palestinian Prisoners’ Society, and the Prisoners and Executives Affairs Authority in a joint statement, on Wednesday, announced the death of a Palestinian political prisoner Maher Thieb Sa’sa, 45, in an Israeli jail.

Sa’sa died Wednesday in Rimonim Israeli prison, after spending years incarcerated and suffering from chronic illnesses, however no clear cause of death was identified.

Sa’sa, a husband and father of six children, from Qalqilia in the northern West Bank, was detained in 2006 and was serving a 25-year sentence.

The prison advocacy groups stated that they will follow up regarding the cause of death of the detainee and that they hold the Israeli occupation responsible for the lives of all the Palestinian detainees.

Article 76 of the Fourth Geneva Convention states that prisoners and detainees should enjoy conditions of food and hygiene sufficient to maintaining good health, which should be “at least equal to those obtaining in prisons in the occupied country.” It also states that shall receive the medical attention required by their state of health.

Regarding medical attention and inspections, articles 91 and 92 of the Fourth Geneva Convention emphasize that every place of internment shall have an adequate infirmary, under the direction of a qualified doctor, where detainees may have the attention they require, in addition to medical inspections of internees shall be made at least once a month, whose purpose is to supervise the general state of health, nutrition of internees, and to detect contagious diseases.