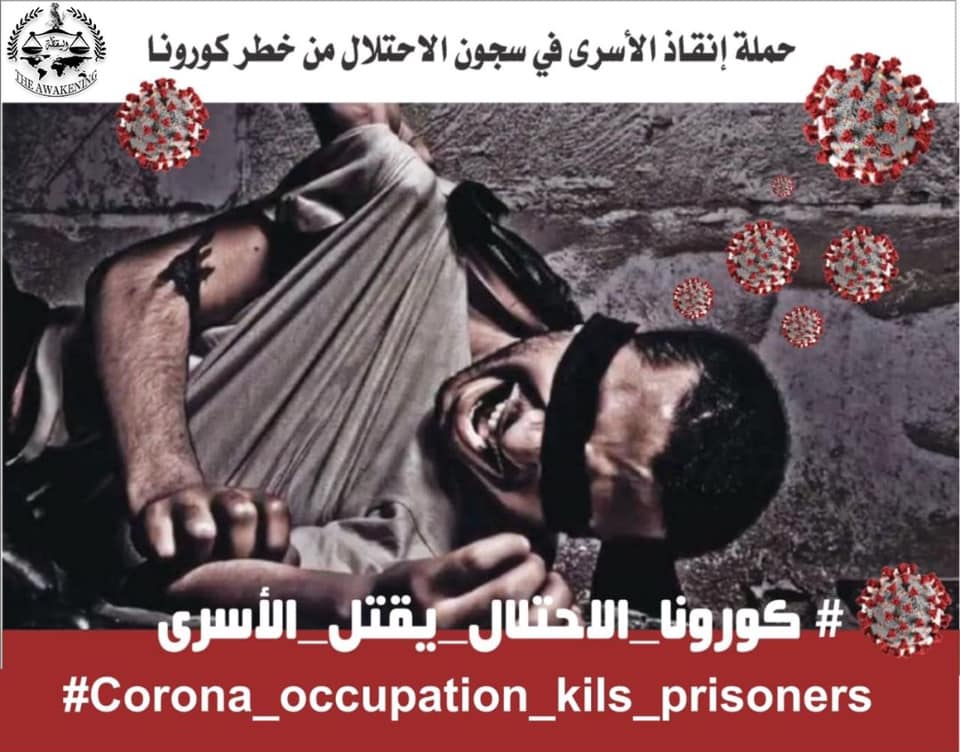 The Palestinian Prisoners’ Society (PPS) has reported, Wednesday, that fifteen more detainees have been officially diagnosed with the coronavirus in Ramon Israeli prison, bringing the number of infected detainees in the facility to fifty-three since January 11th, and increasing the total number of infected political prisoners in Israeli prisons and detention centers to more than 650.

In a statement, released on Wednesday morning, the PPS said the virus spread to two additional sections, 2 and 6, in the Ramon prison, an issue that causes serious concern, especially since the infections were previously only in sections 1, 3, and 4.

It added that Ramon Israeli prison consists of seven sections, holding captive more than 650 Palestinian detainees, who are facing dire living conditions, which have worsened with the emergence of the coronavirus.

The PPS warned that the constant delays in testing the detainees, the lack of proper sanitation, and the fact that Israel does not promptly announce the results of COVID tests, are the main factors in the spread of the virus to other sections.

“Besides the constant abuse and the seriously bad living conditions the detainees face, Israel seems to be using the virus as an additional tool to compound their suffering,” the PPS said, “the other troubling issue is that the Ramon prison houses many ailing detainees, including those with chronic diseases and compromised immune systems, in addition to those who are serving high prison sentences.”

The PPS called on the World Health Organization (WHO), and the International Committee of the Red Cross (ICRC), to act on ensuring the release of ailing detainees, especially the elderly.

It also called on WHO and the ICRC to send an international medical committee to observe the conditions of the detainees in Israeli prisons, detention, and interrogation facilities, especially amidst the alarming spread of the virus and the serious risks it poses to the detainees’ lives.